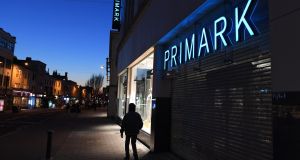 Primark has repeatedly insisted that online retailing makes no sense at its end of the market. Photograph: Mike Hewitt/Getty Images

The coronavirus pandemic has shone a spotlight once more on discount fashion retailer Primark’s decision to eschew online sales.

Primark, which trades in its Irish home market as Penneys, is an outlier in its industry. It seems incongruous for a youth-focused retailer to not sell its wares in the digital world that is so intuitive for its shoppers.

Primark has repeatedly insisted that online retailing makes no sense at its end of the market. It operates at one of the lowest price points in its sector and most of its transactions are not large enough to justify the cost of postage.

But even though there is clear logic in that decision, it has been Primark’s Achilles’ heel in recent weeks.

As economies in Europe and the US have effectively shut due to coronavirus lockdowns, Primark has had no way of reaching its youthful customers. If people can’t leave their houses, they can’t get to its stores.

Primark has now shut all of its stores worldwide and it is down €700 million per month in lost revenues.

Online sales are, understandably, up for many other retailers in recent weeks, with many customers housebound with only their laptops for company. Online-only operator BooHoo, which is at a similar price point to Primark, says it is “business as usual” during the pandemic.

Lobby group Retail Excellence reckons some retailers are witnessing an increase in online demand of between 350 and 500 per cent.

Still, having an e-commerce division isn’t a panacea for retailers at this time. Next was forced to abandon online sales this week after its warehouse staff complained that it was impossible for them to maintain social distancing. But eventually, retailers such as Next will solve such problems and reopen online sales.

Even after the lockdowns end, it could be many months before high street footfall returns to anything even approaching pre-pandemic levels. During that time, Primark will continue to lose out on sales to its digital rivals.