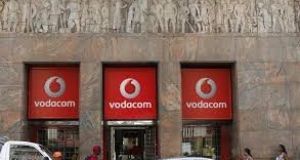 Vodacom Group slumped the most in more than seven years after South Africa’s antitrust regulator started an investigation into a contract with the National Treasury that may constitute an abuse of market dominance. The September 2016 deal to provide mobile phone services to the finance ministry prevents other operators from selling to state departments, the Competition Commission said in an emailed statement on Wednesday.

The Vodacom contract has since been adopted by other parts of the government and some state-owned entities and municipalities will be incentivised to use it, the regulator said.

Vodacom shares plunged as much as 8.5 per cent, the most on an intraday basis since May 2010, before paring losses to close 3.2 per cent lower at 151.36 rand in Johannesburg. The UK-based Vodafone Group, the owner of a 65 per cent stake, reversed earlier gains to close 0.7 per cent down in London.

“We are confident that we followed due process in a fiercely contested and transparent bidding process,” said Vodacom chief executive Shameel Joosub. The tender process was initiated and controlled by the treasury with the aim of reducing government communication costs, he said.

Vodacom is South Africa’s market leader with more than 39 million subscribers as of end-June. The treasury deal, which runs until 2020, was worth about 5 billion rand (€314 million), Joosub told a Johannesburg-based radio station on Wednesday.

Wireless operators across sub-Saharan Africa have become the subject of government and regulatory scrutiny in recent years for dominant market positions, including Kenya’s Safaricom, in which Vodacom owns a 35 per cent stake.

MTN Group, number two to Vodacom in South Africa, has had services suspended in Nigeria, where it leads the market. Before Vodacom entered into the exclusive four-year agreement with the National Treasury, all government departments could purchase mobile services from any mobile network operator, the Competition Commission said. Now, 20 will be subjected to the new contract, while state-owned entities and municipalities will be incentivised to use Vodacom, it said.

“The commission has reasonable grounds to suspect that the exclusive contract may constitute an exclusionary abuse of dominance by Vodacom in contravention of the Competition Act,” the regulator said.

1 Explainer: what is the row about SF’s multinational tax plan?
2 Britain after Brexit will not be alone, but it will be lonelier
3 Getting out from under ‘never-ending’ Celtic Tiger debt burden
4 Personal insolvency practitioner to pay €6,000 after providing misleading details
5 Election 2020: Parties' pledges on housing simply don’t add up
6 Pensions: Estonia plans to unleash a potential €4.85bn on economy
7 Banks withdrawing from ATMs – another failure of regulation
8 BBC announces 450 jobs will go in newsroom shake-up
9 EU eyes phasing out smallest euro cent coins
10 Fair Deal nursing homecare leaves little for bills and gifts
Real news has value SUBSCRIBE