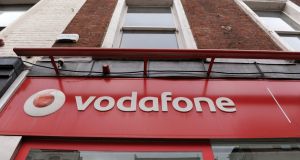 Vodafone accepted that it had not been compliant with regulations surrounding changes to terms and conditions.

Ireland’s largest mobile operator Vodafone has credited more than €2.5 million to some pay-as-you-go customers who were automatically opted into its ‘Red Roaming’ package earlier this year.

The company, which has over 2.3 million customers locally, has been fined €250,000 by the communications regulator ComReg over the manner in which it signed up customers to the roaming service.

In early March, ahead of the introduction of the EU-wide ‘Roam Like at Home’ regulations that reduced wholesale prices for mobile subscribers, Vodafone changed its terms and conditions to automatically opt customers into its Red Roaming package when travelling outside of Ireland.

The operator, which has agreed to refrain from using automatic opt-in to contract changes in future, accepted that it had not been compliant with regulations surrounding changes to terms and conditions.

Vodafone has also promised to display information on its website and in confirmation e-mails to customers that the Red Roaming package is now the default option for roaming outside the European Union.

Red Roaming gives users unlimited calls and texts back to Ireland as well as to numbers in the country they are visiting, plus 200MB of data from €2.99 a day, with users only paying for the days they use while abroad.

Vodafone insisted it acted in true faith in opting customers into Red Roaming to give them better value for money when roaming. However, However, customer queries led to the recent ComReg investigation which confirmed that some users lost out financially by being automatically transferred to the package.

The operator said it has addressed these by crediting affected customers with the average amount being credited totalling around €10.

“The company takes customer service very seriously and apologises to all impacted customers. Vodafone has taken measures to ensure that this does not reoccur,” a spokesman said

1 Who are Ireland’s 17 billionaires?
2 Ireland has fifth-largest number of billionaires per capita in the world, says Oxfam
3 Barclays to cut 100 senior roles as lender seeks to rein in costs
4 Pretax profits decline sharply at Tuam-based car tech firm
5 Insolvency arrangement approved for man with €60 million in debts
6 Markets flat as investors await signing of US-China trade deal
7 Report claims liquid natural gas plant not needed in Republic – Wallace
8 How to . . . enable the Windows 10 dark theme – and why
9 UK plans to split from EU regulations provoke industry backlash
10 Link found between self-control and smartphone use
Real news has value SUBSCRIBE