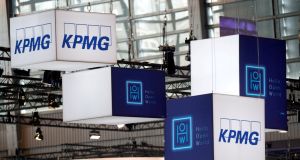 The UK’S Financial Reporting Council is probing KPMG’s work for Conviviality in 2017 even though the accounting irregularities that the drinks company admitted to occurred in its 2018 financial year.

Britain’s accounting watchdog has launched an investigation into Big Four auditor KPMG’s work for Conviviality, the British drinks supplier that collapsed into administration three months ago.

The Financial Reporting Council (FRC), which has launched a flurry of investigations after it was criticised by a parliamentary committee earlier this year for being too “passive and reactive”, will scrutinise KPMG’s audit of Conviviality for the year to April 2017.

The FRC said it was also investigating an unnamed member of the ICAEW, the accountants’ professional body, over the “preparation and approval of Conviviality’s financial statements and other financial information”.

Conviviality, which former senior Waitrose executive Diana Hunter rapidly transformed from an off-licence owner into a significant supplier of alcohol to restaurants and bars, collapsed in April after several profit warnings and the admission it had failed to spot a looming tax bill.

The FRC’s probe into the auditing of Conviviality has come just days after it revealed it was investigating Deloitte’s audits of SIG, a listed building company that admitted to accounting irregularities last year.

This comes after a parliamentary committee investigating the collapse of public sector outsourcer Carillion issued a sharp rebuke to the FRC, calling it “useless” and “toothless”, and the British government commissioned Legal & General chairman John Kingman to assess its competence and conflicts of interest.

Against this backdrop, the accounts watchdog has stepped up the pace of its work. Last month it criticised KPMG for what it called an “unacceptable deterioration” in its audit work and fined the group £3.2 million (€3.62m) over its audit of scandal-hit insurance technology company Quindell.

This followed a record £6.5 million (€7.35 million) fine for KPMG’s rival PwC for its audit of failed department store group BHS.

On Tuesday, the FRC gave scant detail of the reasons for its investigation into KPMG’s work on Conviviality, simply saying that the investigation would be conducted under its “audit enforcement procedure”, which allows it to punish wrongdoing in the audits of listed companies and Lloyds Syndicates.

The FRC is investigating KPMG’s work for Conviviality in 2017 even though the accounting irregularities that the drinks company admitted to occurred in its 2018 financial year. The group warned on profits in March because of erroneous financial modelling that had introduced material errors into its earnings forecasts, while also disclosing it had discovered a £30 million, previously unexpected tax bill.

KPMG pointed out that the firm had not started work on Conviviality’s 2018 accounts before it fell into administration.

“We note today’s announcement by the FRC of its investigation of the preparation, approval and audit of the financial statements of Conviviality for the year ended 30 April 2017,” KPMG said. “We believe we conducted our audit appropriately and will co-operate fully with the investigation.

“As reported by the company, it experienced margin weakness at the start of 2018 and also a significant payment to HMRC which had not been included within its short-term cash flow projections, creating a short-term funding requirement,” KPMG added.

“Our audit of the company’s financial statements for the year ended 30 April 2018 had not yet commenced at the point which administrators were appointed.”

1 High Court appoints interim examiner to Compu b parent company
2 System agreed for Irish goods to skip checks on UK trade
3 Second Covid-19 outbreak and no-deal Brexit an appalling vista
4 Ireland faces 'deep downturn' this year and may not rebound until 2024 if there is a second wave
5 David McCullagh announced as co-host of RTÉ Six One News
6 How much do Irish people earn? And what will Covid-19 do to our wages?
7 Red tape logjam creates fear for Irish timber supply
8 Why are markets booming when a crash is on the way?
9 Supreme Court in Dublin clears Bernie Madoff Ponzi loss case for hearing
10 Former Worldspreads chief Conor Foley faces €730,000 fine
Real news has value SUBSCRIBE