Didier Lombard is to stand trial for moral harassment, a decade after a wave of employee suicides coincided with the restructuring he led 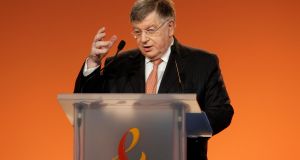 Didier Lombard, the former chief executive officer of France Telecom, will stand trial for moral harassment, a decade after a wave of employee suicides coincided with the restructuring he led. The onetime monopoly, now known as Orange SA, and six of its executives have also been indicted on charges of moral harassment or abetting moral harassment, according to a statement from the company’s telecommunications workers union, CFE-CGC. The union, citing an indictment, said the case should reach the courts next year.

An official at the Paris prosecutor’s office who couldn’t be identified by name in line with policy confirmed the indictment of Lombard and France Telecom, without providing details on the charges. Orange denied that its policies destabilized employees. Orange “will explain its position at the public hearing that will be scheduled in the coming months,” it said in an email.

Current chief executive officer, Stephane Richard, has not been charged, but Brigitte Dumont, who oversees corporate and social responsibility, will stand trial, the union said. The law practice of Jean Veil, Lombard’s attorney, didn’t immediately reply to an emailed request for comment outside of business hours.

More than 30 employees of France Telecom committed suicide between 2008 and 2010 as reorganisation efforts to make the former monopoly more competitive contributed to workers’ psychological issues, a labor union said at the time. France Telecom suspended its restructuring plans in 2009 and Lombard stepped down in 2010.

In those years, most of its workers had protected status that made it difficult to fire them, so the company gave some employees meaningless jobs to force them out, driving some to take their own lives, the union said. - Bloomberg