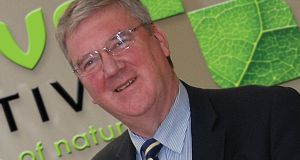 Irish fast food retailer Supermac’s has stepped up the brand war with McDonald’s with managing director Pat McDonagh calling on the EU regulator to cancel the use of the Big Mac trademark by the US giant.

Mr McDonagh accused McDonald’s of “trademark bullying” by registering names which have nothing to do with them in an attempt to thwart other companies in the business. He said McDonald’s has registered a string of trademark names using the “Mc” prefix, such as McKids, McHome, McWallett, McInternet, McNoodle and even McMór in Ireland.

Mr McDonagh, in a submission to European Union Intellectual Property Office (EUIPO), claims that McDonald’s are registering and storing names to prevent competitors, even in fields in which they do not operate.

Last year the EU Office for Harmonisation in the Internal Market (OHIM) rejected an application by Supermac’s to register its trademark to sell its curry chips, snack boxes and other fast foods in European locations outside Ireland, following intense opposition by McDonald’s.

Now Supermac’s have hit back and want the EU to act, with Mr McDonagh accusing McDonald’s of sharp practice.

Mr McDonagh said: “McDonald’s has literally registered the McWorld. It is trying to make sure that every word in the English language belongs to them if there is prefix Mc or Mac put in front of it. They have trademarked words like McKids, McFamily, McCountry, McWorld, McJob and McInternet in order to, over time, squeeze out smaller family-based businesses.

“This means that if any McGrath, McCarthy or McDermott with a business idea uses their name in the title of that business or product the chances are McDonald’s already own the trademark and you can probably expect a knock on the door from them,” he said.