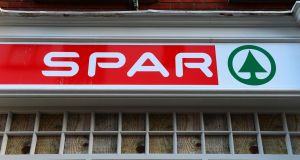 The deal gives BWG, which also owns Londis and Mace, a foot in the door of the 220-strong Gala convenience group, whose members in the midlands region are supplied by 4Aces.

4Aces has about 85 staff and had sales in 2016 of almost €58 million, turning a pretax profit of €440,000. Its owners, local businessmen Liam Linden and Paschal O’Brien, will stay on to manage the group under BWG’s ownership.

In addition to supplying Gala stores, it also supplies a wide range of other independent retailers and local stores.

In addition to its main premises in Portlaoise, it also operates from facilities in Clonmel in Tipperary and Navan in Meath. Its operations supply more than 1,500 small retailers and it wholesales to Gala in counties Meath, Westmeath, Offaly, Laois, Cavan, Monaghan, Tipperary, Kildare and Wexford.

BWG declined to reveal the consideration it is paying for 4 Aces, which has net assets on its balance sheet valued at €14.5 million and bank loans of less than €2 million.

The transaction is subject to clearance from the Competition and Consumer Protection Commission. The intensely competitive convenience retail sector has seen a wave of consolidation in recent years, such as BWG’s 2015 deal to buy Londis.

BWG now has a turnover of €1.4 billion and supplies a network of well over 1,000 Spar, Eurospar, Mace, Londis and XL branded stores. It says it intends to grow the 4 Aces group.

As part of the deal, BWG has been accepted to formally join the supply network for Gala, an independent brand whose retailers nationwide are supplied by nine separate wholesalers.

“We are delighted that we will be joining the Gala wholesaler network and we look forward to contributing to the continued success of the Gala retailers who are currently well served by 4 Aces,” said Leo Crawford, chief executive of BWG.

Gala Retail group said the deal would have no impact on the operations of the midlands Gala stores supplied by 4 Aces.

1 Bank leaked my loan request to family who tried to rip me off
2 Eason acquires rival Dubray Books for undisclosed sum
3 Solar panels: Are they worth the investment?
4 Fuel company loses €1.35m challenge over tax bill in ‘green diesel’ case
5 Siblings who became ill next to wind farm settle case
6 Average weekly wage rose to €783 in final quarter of 2019
7 Ryanair and Aer Lingus monitor impact of coronavirus on travel to Italy
8 Can I see my father’s previous wills?
9 Accumulated profits at David McWilliams’ media company hits €675,000
10 Are high-flying stock markets about to ‘feel the Bern’?
Real news has value SUBSCRIBE