LVMH shares climb on back of upbeat outlook and solid results 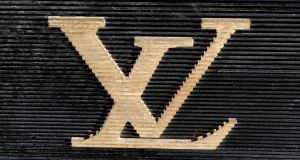 LVMH said it had made a favourable start to 2018 after a revival in Chinese demand boosted sales last year and spurred on some of its major brands such as Louis Vuitton.

Shares in LVMH, the world’s biggest luxury goods group, rose on Friday after the company reported higher sales and profits and said it had made a favourable start to 2018.

LVMH shares were up 3.1 per cent at €247.50 in early session trading, with its gains also helping to lift up the shares of rival luxury company Kering. LVMH shares hit a record high of about €260 last November.

LVMH said late on Thursday that it had made a favourable start to 2018 after a revival in Chinese demand boosted sales last year and spurred on some of its major brands such as Louis Vuitton.

The French company, whose 70 labels range from Dom Perignon champagne to fashion houses like Fendi and Givenchy, also posted record revenues and operating income for 2017 as it rode an industry turnaround and increased online sales.

“The outlook for 2018 remains constructive, reflected in what was, in our view, a confident conference call, and on account of a good entry speed into the year,” Deutsche Bank analysts wrote in a research note.

“A strong balance sheet with 24 per cent net gearing and €4.7 billion of free cash flow provides support to continued investment in market share for the group’s brands,” added the Deutsche Bank analysts, keeping a “hold” rating on LVMH. – Reuters