Paddy Power Betfair confirms that CFO will step down 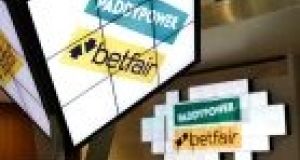 Paddy Power Betfair said it is currently looking for a replacement for Mr Gersh.

Paddy Power Betfair confirmed on Monday that chief financial officer Alex Gersh is to step down from his position with the bookmaker. The departure of Mr Gersh comes just months after former chief executive Br eon Corcoran’s surprise exit from the group.

In a statement, Paddy Power Betfair said that Mr Gersh has advised the board that he intends to step down from his position, after six years with the group, once a successor has been appointed. Mr Gersh received annual remuneration of about £1 million.

The group said it has appointed an executive search firm to assist with the process of appointing a successor.

Ahead of the 2016 merger between Paddy Power and Betfair, Mr Gersh was chief financial officer with Betfair since 2012, subsequently assuming the same position with the newly merged company.

Prior to this, he was CFO at NDS Group, Flag Telecom and BT Cellnet.