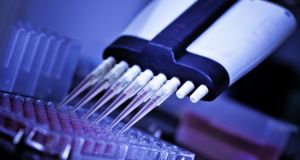 POA Pharma has had a distribution agreement with Galen since 2016. Photograph: iStock

Galen said the acquisition will allow it to “significantly expand its global reach and product portfolio in exciting new therapy areas, such as rare metabolic disease”.

POA Pharma has a number of operations in the four Nordic countries and works with 16 different pharmaceutical producers. It has had a distribution agreement in place with Galen since 2016. The privately owned Armagh company described the deal as “an extremely significant new phase of Galen’s growth”.

Both Galen and its parent organisation are owned by the McClay Foundation, which was founded by Sir Allen McClay in 2009.

Simon Lawrence, who had held various senior management positions with Galen over the past 33 years, has been appointed commercial director of Nordics and will be based at the POA facility in Copenhagen.