Levi Strauss shares jump up to 35% on return to market

IPO raises €546m for jeans maker, making it the largest in the US to date this year 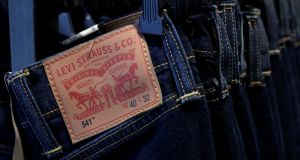 Jeans maker Levi Strauss rose as much as 35 per cent in its return as a public company, in the biggest test so far this year of a slow-to-warm-up market for US listings.

The retailer’s initial public offering showed investors were ready to buy into a company that wants to be known for more than just denim. Early indications had suggested the share sale was going well: Investors were advised to place their orders above the marketed price range to avoid missing out, a person familiar with the matter said Tuesday.

The amount raised makes Levi Strauss’s listing the largest on a US exchange so far this year -- at least until ridehailing company Lyft’s offering set for next week. – Bloomberg