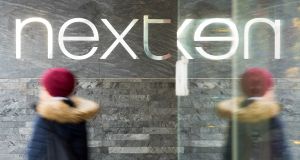 British clothing chain Next met guidance with a 0.4 per cent fall in annual profit on Thursday, hurt by falling store sales, and it forecast another decline in the 2019-2020 year.

Next, which trades from over 500 stores in Britain and Ireland, about 200 stores in 40 countries overseas and its Directory online business, said it made a pretax profit for the year to the end of January 2019 of £722.9 million (€834.6 million).

That was exactly in line with company guidance but a third straight decline. However, earnings per share (EPS) rose 4.5 per cent to 435.3 pence.

For the 2019-2020 year Next forecast full price sales to increase 1.7 per cent, with a 8.5 percent decline in retail sales more than offset by an 11 percent rise in online sales.

It forecast profit would decline 1.1 per cent to £715 million, but said it expected EPS to rise 3.6 per cent, reflecting more share buybacks.

Next said it was ready for all eventualities related to Britain’s planned departure from the European Union. – Reuters