Ladbrokes owner GVC moving some servers to Republic ahead of Brexit 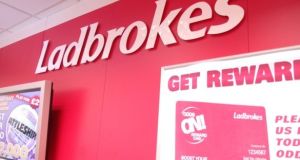 The company also posted a surge in pro forma underlying profit before tax for the full year to £610.1 million, up from £514.1 million last year, boosted by its Ladbrokes acquisition

Ladbrokes owner GVC said on Tuesday it had made plans to relocate servers hosting online gambling platforms to the Republic Ireland for Brexit uncertainties.

GVC, which owns games brands such as partypoker, PartyCasino, Casino Club, Gioco Digitale and Foxy Bingo, also said that the cut to the maximum stake on fixed-odds betting terminals (FOBTs) will result in the closure of up to a thousand shops and expects the EBITDA impact to be £135 million in 2019.

The cut to the maximum stake FOBTs would be implemented from April this year after several lawmakers have called for curbs on FOBTs, which have been widely blamed for allowing gamblers to rack up large losses in a short space of time.

The British sports betting and gaming company also implemented plans that involve operating those parts of its business which have customers in the European Union under Malta online gambling licenses.

GVC said its online headquarters would remain in Gibraltar and employees from there would not be significantly impacted, adding that it had made plans to help employees living in Spain and work in Gibraltar if there are border crossing delays after Brexit.

The company also posted a surge in pro forma underlying profit before tax for the full year to £610.1 million, up from £514.1 million last year, boosted by its Ladbrokes acquisition.