Irish retailers angry as State leaves them out in the cold

Caveat: McElhinney’s goes it alone as it exports to 65 countries 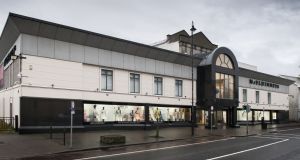 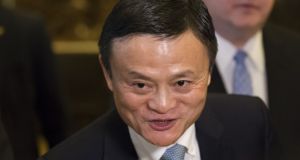 The State rolls out the red carpet for indigenous, export-oriented manufacturing and technology companies who come looking for assistance. Irish retailers trying to set up ecommerce sites to sell at home and abroad, however, are excluded from the party. As shopping custom flees online in the wake of Brexit, the industry wants help.

Family-owned McElhinney’s in Ballybofey, Co Donegal is the largest independent department store in the State and an institution in the northwest. Local man John McElhinney set it up 45 years ago after selling clothes from the back of a van.

The store now employs more than 200 staff across 10 departments, including fashion, homeware and jewellery. For people north of Sligo, McElhinney’s is like Arnotts and Brown Thomas all rolled into one.

Martin McElhinney, one of the next generation, is the store’s general manager. He says he always recognised online sales as an “existential threat” to the business, yet he couldn’t figure out a way to grab a slice of the ecommerce pie for McElhinney’s.

Back in the dog days of the crash, he sat glumly looking at a pile of excess stock, including wedding dresses. His marketing manager put them up on eBay. Within a week, they were all gone. The store lost money on the sales, but it learned invaluable lessons about how to photograph, package and market stock to an online audience.

In 2012, McElhinney’s launched its own ecommerce site. Online sales more than tripled in 2015, grew by more than 40 per cent last year and are now close to 10 per cent of overall revenues – the web is like a whole new department for McElhinney’s. Close to a third of online sales go abroad, and it exports to 65 countries.

Last year, McElhinney’s was planning a €2.3 million investment in its warehousing and ecommerce facilities. It approached Enterprise Ireland for help to develop its export business, as many of the products being sold come from Irish suppliers.

It was dismissed, on the grounds that Enterprise Ireland (EI) does not generally assist pure retailers. EI says it is bound by the legislation under which the State agency operates. Since McElhinney’s was knocked back, other high-profile Irish retailers looking to boost their ecommerce offerings have also sought assistance to help increase export sales, only to be met with the same response.

Some would argue that many – although not all – of the products sold by Irish retailers are manufactured abroad. Why should the State commit taxpayers’ cash to assist businesses to sell products abroad that were mostly imported in the first place? It’s like backing Ireland to export bananas.

Yet, EI is not totally averse to helping online retailers. It backed Mick’s Garage, which sells car parts and accessories and is a roaring success. Its investors also include high rollers such as Paddy Power Betfair’s Breon Corcoran.

Ireland isn’t exactly a manufacturing hotbed for spark plugs, carburettors or throttle body housings. They obviously must have been imported into the country before “Mick” sold them abroad. Why refuse McElhinney’s, yet back Mick’s Garage?

Martin McElhinney feels traditional retailers are often treated with “disdain” by State agencies. His new warehouse and ecommerce facility will open in the coming months, with no State backing. McElhinney’s, he says, has “never got a penny” from the State in 45 years. The family is determined to continue expanding and creating local jobs under its own steam.

Retail is facing several challenges, such as the high VAT rate of 23 per cent, spiralling insurance and other costs, and leakage to UK-based online retailers, that have a currency advantage over their Irish counterparts.

The latest data from Visa, reported recently by The Irish Times consumer editor Conor Pope, shows that while online shopping using its services grew by more than 15 per cent in December, traditional “face-to-face” sales fell for the third month in a row.

But if Irish retailers want to chase their customers online, and also seek out new opportunities selling over the web to customers abroad, it seems they’re on their own.

Former Labour party senator Lorraine Higgins this week took over as the head of public affairs and communications for Retail Excellence Ireland, the most active lobbying group for the industry. Higgins says it is “wrong” that the focus for State export assistance is “almost exclusively on manufacturing and production-led companies to the exclusion of proven nationally successful retailers attempting to expand on a global scale”.

“A clear shift in thinking and strategy needs to be adopted by Government and EI in order to help outwardly focused Irish retailers embrace the global market, particularly when they are staving off the uncertainty surrounding the impact of Brexit.”

A large part of Higgins’ job will be to seek help for the retail sector from her old political counterparts. But are they listening?

Speaking of online retailers, the headline of the week arrived atop a Bloomberg story on Monday about US president-elect Donald Trump meeting Jack Ma (below), the chairman of Chinese ecommerce giant Alibaba Group Holdings.

The businessman arrived at Trump Tower “to discuss how the online retailer could help create one million new US jobs, zoning in on one of the president-elect’s chief concerns amid fraught relations between China and the incoming administration”.

The headline must have brought a chuckle to Irish readers, especially those who communicate in a Dublin vernacular: “Alibaba’s Ma meets with Trump to talk about creating jobs.”

The image of an orange-hued grandstander being lectured about economics by the mother of a character from The Arabian Nights just will not leave my head.

What time is ‘close of business’?

Discussion notes from law firms are usually esoteric stuff. But this week brought a real head-scratcher from LK Shields that could spark a debate anywhere. What does “close of business” mean in the context of a deadline?

The phrase often comes attached to, for example, legal demands for payment, with a deadline of “by close of business” on a given date. LK Shields solicitors, Jennifer McGuire and James Byrne, suggest that the phrase is outdated and should be replaced with exact times.

They write that the Supreme Court ruled last March on a matter involving “close of business” in relation to a demand made by a bank-appointed receiver. Because banks usually shut at 4pm, the court found, it was reasonable for the receiver to be appointed directly after this cut-off time.

In an October case between the carcass of bust bank Lehman Brothers and oil giant Exxon Mobil, the UK high court found that “close of business” for commercial banking in London is actually 7pm, and not 5pm as claimed by Lehman.

Either way, litigants should be assured that most solicitors are already quite good at watching the clock.