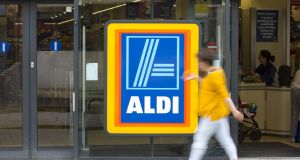 Dunnes Stores has won an appeal over a High Court ruling that it had infringed Aldi’s trademark. Photograph: Jason Alden/Bloomberg

Dunnes Stores has won an appeal over a ruling that it had infringed Aldi’s trademark by the use of in-store labelling to claim their products were cheaper than the rival.

The Court of Appeal set aside a 2015 High Court finding of trademark infringement through the use of shelf-edge labelling because it had failed to objectively compare one or more of the relevant and verifiable features of the Dunnes’ products with those of Aldi.

Aldi alleged this was in breach of the Consumer Protection Act 2007 and the European Communities (Misleading and Comparative Advertising) Regulations 2007.

At the heart of the appeal was whether the summer 2013 price advertising campaign by Dunnes, which employed Aldi’s trademarks for identification and comparison purposes, complied with conditions imposed by the regulations when such adverstising is carried out, the president of the Court of Appeal, Mr Justice Sean Ryan, said.

The judge disagreed with the High Court in relation to its finding that the shelf-edge labelling part of the campaign breached the regulations. He will hear the parties next month on whether there should be a re-trial in relation to that matter.

In the circumstances of the substantial success by Dunnes in its appeal, the injunctions obtained by Aldi in 2015 should be set aside, notwithstanding the unlawfulness of the shop floor banners, he said.