DCC boosted by electronics sales in lockdown as profit rises 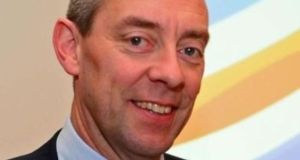 DCC says lockdown drove sales of consumer electronics in its technology division, as the Ftse 100-listed Irish company reported a decline in first-half group revenues but a rise in operating profits.

The company’s chief executive, Donal Murphy, said customers had splurged on electronic products when they were “locked up in their houses” during spring.

He said there had been a fall in demand for the division’s corporate audiovisual equipment as companies reined in meetings, but this had been “more than offset” by consumer electronics, which DCC distribute to retailers.

“People bought laptops, screens, keyboards etc to work from home. But there was also huge demand for lower-end mobile phones to give to kids to play with, and there was big demand for gaming products,” said Mr Murphy.

Revenues in the technology division in the first half of the year rose 9.7 per cent to almost £2 billion (€2.2 billion), although profits increased by less than 1 per cent as electronics is a “lower-margin business”, Mr Murphy said.

Total revenues fell almost 19 per cent to just above £5.9 billion while adjusted operating profit rose 8 per cent to £176 million. The company said it planned to increase its interim dividend by 5 per cent.

“DCC’s strategy is diversity,” said Mr Murphy. “People used to describe us as boring, but boring is good. We sell essential products and services that people need. You’ve seen so many other businesses turned on their head during the pandemic, sexy businesses. But we are delighted to be in the sectors we are in.”

Adjusted earnings per share were up 7 per cent to 117.9p, with interim dividend increased by 5 per cent to 51.95 pence per share.

Free cash flow was up £90.3 million year on year to more than £120 million, driven by a strong working capital performance.

“Despite the unprecedented disruption experienced by all economies during the period, every DCC business unit operated effectively, ensuring our customers continued to receive DCC’s range of essential products and services,” Mr Murphy told investors.

“While the first half of the financial year is seasonally less significant, the strong performance demonstrates the resilience and agility of our business model. It also highlights the essential nature of the group’s products and services and the benefit of the diversity of the group’s operations, in terms of sectoral focus, customer and supplier breadth and geographic mix.”

The group’s ongoing Healthcare unit performed very strongly, with operating profit increasing by 65.9 per cent to £39.8 million. DCC disposed of its UK generic pharmaceutical activities and related manufacturing facility in Ireland in September 2019.

The group also committed about £90 million in capital to new acquisitions in both Europe and North America since May 2020.

DCC said the outlook for all economies it operates in remained very uncertain, with Covid-19 restrictions increasing again. However, the group pointed to a strong balance sheet and its diverse business model as evidence that it was well placed to navigate continued uncertainty.