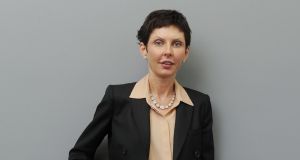 The co-founder and chief executive of Bet365, headquartered in the English city of Stoke-on-Trent, has been the best paid female businesswoman in the UK for several years and has amassed a net worth of $3.7 billion (€3.2 billion), according to the Forbes list of billionaires.

According to regulatory filings published in Companies House in the UK this week, covering financial results for the year to March 25, Bet365 paid £220 million to its highest paid director, who is believed to be Ms Coates, representing a more than £20 million increase from the year before.

The company, which is an online competitor of Paddy Power Betfair, also paid dividends worth £90 million over the period, an increase of £53.5 million from a year earlier. Of these dividends, £80.1 million were paid to four directors of the company, which include Ms Coates, as well as her brother and father.

Ms Coates’s pay award makes her the UK’s best paid executive, beating Sir James Dyson, the founder of the privately run technology group, who was given remuneration worth a reported £200 million last year.

She is also among the world’s best paid corporate leaders, paid more in remuneration than the $150million Elon Musk, chief executive of electric car maker Tesla, received in 2017, according to Bloomberg. Ms Coates also gains more than other prominent executives, such as Google chief executive Sundar Pichai, who received a $144.3 million pay packet last year.