Amazon advertising in retail spots could become a familiar irony 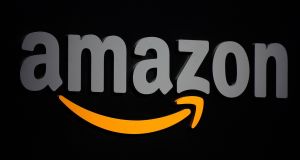 We regret to inform you that Black Friday is now Black Friday Week. The much-lamented US import has its tendrils firmly wrapped around the retail sector in this part of the world, with the original rationale for the American tradition – people having a post-Thanksgiving day off to go shopping – deemed unnecessary for the feverish November marketing activity that now ensues.

In the increasingly muscular online side of things, Amazon has been out promoting its Black Friday sale, which began yesterday and lasts until the day itself, November 29th. Indeed, an out-of-home advertisement for the “event” on the curved screen above the entrance to St Stephen’s Green Shopping Centre has triggered the ire of Golden Discs chief executive Stephen Fitzgerald, who has a shop inside the centre.

“As if retail wasn’t hard enough,” he posted on LinkedIn. Given Golden Discs operates in a segment of retail where surviving, never mind being profitable (which it is), should win a prize, Fitzgerald’s frustration is understandable.

And it’s not just this curved screen. To the dismay of surely all retailers, Amazon’s ad campaign is also running on JC Decaux’s Digipanel screens all over Dublin city centre. There are two within the line of sight of the Stephen’s Green entrance.

It would be wrong to say the Amazon logo is permanently emblazoned on these screens as a not-so-subliminal message to shoppers to go home and shop online. Other brands sharing screen time with the US behemoth include Heineken, McDonald’s, Carlsberg, Eir, Renault and retailers with a physical foothold such as Dunnes Stores, Marks & Spencer, JD Sports, Pandora and Avoca. Another ad appearing above the Stephen’s Green centre entrance implores passers-by to go to Belfast to check out its Christmas markets.

Irish consumers increased their online spending by 25 per cent in the year to September to a cool €1.9 billion, according to Central Bank figures published on Friday. It’s a number that looks set to swell further. The irony of an ecommerce giant advertising right next to the very competition it has already massively hurt is one that’s only likely to repeat itself year in, year out.