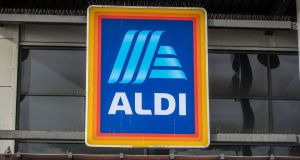 The company is set to open a store in Rathnew, Co Wicklow, in October, with Blanchardstown, Dublin set to follow in November. Photograph: Peter Byrne/PA Wire

Aldi is set to open four new stores in Ireland, creating 80 jobs in the next six months, and focusing its efforts on expanding its Dublin presence.

The retailer said it wanted to double its footprint of stores within Dublin, with the current tally at 22.

The company is to open a store in Rathnew, Co Wicklow, in October, with Blanchardstown, Dublin to follow in November. Two further stores in Dunshaughlin, Co Meath and Sutton, Co Dublin, will follow before the end of February 2021.

Recruitment has already begun for the four stores.

Aldi is also set to resume its store refurbishment programme, known as Project Fresh, from September, with nine Aldi stores to be overhauled by the end of February.

The company’s Arklow store will be first up for refurbishment with work beginning on September 14th. The programme was halted earlier this year due to the Covid-19 pandemic, with four getting upgraded early in the year. A total of 96 of Aldi’s 143 stores have been through the programme to date, with Aldi investing a total of €60 million in the project.