Time for a Santa Claus rally?

This historical anomaly has persisted over the last five decades 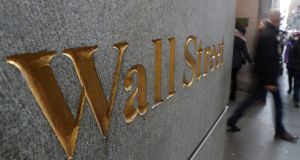 First popularised by the Stock Trader’s Almanac in 1972, this historical anomaly has persisted over the last five decades. Photograph: Shannon Stapleton/Reuters

Is Santa about to descend on Wall Street? The so-called Santa Claus rally refers to the last five trading days of December and the first two days of January. First popularised by the Stock Trader’s Almanac back in 1972, this historical anomaly has persisted over the last five decades, with the S&P 500 gaining an average of 1.3 per cent during this short period. Seasonal strength is a global phenomenon, according to “Yes, Virginia, There is a Santa Claus Rally”, a 2015 study that examined returns in 16 different countries.

A number of calendar factors may be at play, like the January effect (stocks have historically done well in January), the turn-of-the-month effect (stocks do better at the start and end of months) and the pre-holiday effect (stocks tend to do better prior to holidays). Add in the feelgood factor associated with this time of year, and it becomes clear why this is, to borrow from the Andy Williams song, the most wonderful time of the year for investors.

1 Flight attendent seeks High Court injunction against Aer Lingus
2 Bank leaked my loan request to family who tried to rip me off
3 Wealthy investors’ legal challenge against Revenue fails
4 Coronavirus: Irish holding back on holiday plans
5 Tax burden on Irish households among lowest in EU
6 Coronavirus: ‘All bets are off’, says aircraft industry chief
7 Cosgrave Group in €210m deal to sell 368 Dún Laoghaire properties
8 Solar panels: Are they worth the investment?
9 When the Chemistry no longer works – the closing of a leading Irish ad agency
10 Irish IT group Ergo foils major ransomware attack
Real news has value SUBSCRIBE
Save money on international transfers