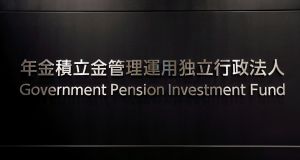 It appears the head of Japan’s $1.6 trillion (€1.4 trillion) Government Pension Investment Fund (GPIF) isn’t too keen on short sellers. The world’s biggest pension fund recently surprised markets by suspending lending on its huge portfolio of foreign stocks. To bet against a stock, shorts must first pay a fee to borrow it from long shareholders. Suspending these loans will cost the GPIF about $125 million a year.

So why do it? GIPF chief Hiro Mizuno last week cited ESG (environmental, social, and governance) concerns, telling the Financial Times he had “never met a short seller who has a long-term perspective”. If other funds follow the GPIF’s example – and a number of large funds confirmed to the FT they are considering doing so – then it could squeeze shorts and make their job a more difficult one.

That would hurt investors. It would hit fund holders, who pay less in fees as a result of borrowing income from shorts. It would hurt markets; multiple studies confirm short selling restrictions result in less liquidity, wider spreads and less efficient pricing (even Mizuno conceded shorts had a role in keeping markets efficient). It would lead to more frauds going undetected – shorts tend to be sophisticated investors whose detective abilities has exposed questionable goings-on at companies such as Enron, Lehman Brothers, Carillion and Valeant.

The aim of ESG investing is ultimately to make the world a better place. It’s hard to see how targeting short sellers will help in this regard.