Stock market analysts are as biased as the rest of us 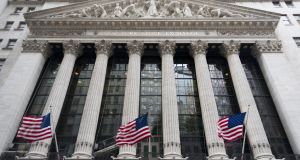 Both sexes are biased but are they equally biased? According to a 2010 paper female analysts tend to issue bolder and more accurate forecasts than their male counterparts. Photograph: iStock

Market analysts get a lot of stick for being perma-bulls whose analysis is all too often undermined by conflicts of interest. There’s some truth in that, but the main reason analyst forecasts should generally be taken with a grain of salt is a less sinister one – they share the same thinking biases that undermine so much human decision-making.

Left-leaning voters are less likely to invest in stock markets, patriotic voters are more likely to overweight their home market, investors are more bullish when the party they support is in power – multiple studies show people’s political leanings affect their investments.

Alas, analysts are similarly imperfect in this regard. A recent study, Partisan Professionals: Evidence from Credit Rating Analysts, looked at the voter registration records of hundreds of analysts working at the biggest credit rating firms in the US – Standard & Poor’s, Moody’s and Fitch. According to the study, analysts who do not support the party that holds the presidency are more likely to issue negative bond ratings. The effect is especially noticeable when partisan conflict is elevated and during election quarters, the study found, and among analysts who are more politically active.

Note that a company’s stock price tends to fall in the days that follow a cut to its credit rating. Credit ratings affect a company’s cost of capital and potentially influence a firm’s financial policy and investment decisions. In other words, this partisan bias has real-world consequences.

The “us and them” mentality is a very human thing. People tend to gravitate towards members of their own group and Wall Street analysts are no different, according to a study co-authored last year by high-profile economist Prof Justin Wolfers. Analysts tend to overestimate the earnings of firms headed by chief executives who share their gender, ethnicity and political attitudes – that is, most Wall Street analysts tend to be more generous towards companies headed by white men who vote Republican.

Importantly, this negatively impacts the accuracy of their earnings estimates. Consequently, companies headed by women, by non-US chief executives and by Democrats are more likely to beat Wall Street’s profits estimates.

Wolfers’ research might point to a bias in right-leaning analysts but it appears there is also an upside to conservatism. According to a 2016 study, analysts who give political contributions to the Republican Party are more likely to issue conservative forecasts and recommendations.

A conservative forecasting style means their earnings forecast revisions are less likely to be bold and less likely to deviate from the forecasts of other analysts. Their stock recommendations are also more likely to contain more modest upgrades and downgrades. The study confirmed the initial hunch of the researchers that analysts with conservative traits would be more cautious in their interpretation of information signals. The question is: would this result in conservative analysts under-reacting to new information, causing them to underperform other analysts? Or would their conservative style make them more reluctant to hype a stock, thereby help them to outperform?

It seems that, overall, conservatism is a virtue: “these analysts produce better quality research, which is recognised and rewarded by their employers, institutional investors, and news media”, the study notes.

Home is where the heart is

Home bias is a real problem in the investment world, with ordinary investors tending to overweight their home market relative to other regions of the world, potentially resulting in dangerously undiversified portfolios.

Analysts can be guilty of a different form of home bias, according to a study last year, Where the Heart Is: Information Production and the Home Bias. The study found credit analysts are more generous to their home states than analysts who grew up in other states. This effect is particularly noticeable around key rating certifications designating the safety of debt, such as the AAA and investment grade.

The fact the results are driven by where analysts grew up, as opposed to where they produce ratings, is evidence they are the product of home bias rather than superior information, the researchers concluded. Home bias is influenced by the political environment in which the analyst grew up, with the bias most noticeable among analysts who grew up in relatively poor states and places characterised in the psychology literature as “having highly ‘collective’ communities”.

Difficult economic environment can have a long-term impact on attitudes. Research shows people who experienced difficult stock markets are less likely to invest in equities and that those who do take the plunge are more likely to adopt a conservative investing style. Analysts are little different.

Analysts who begin their career in an economic recession are more pessimistic, more conservative in their earnings forecasts, more likely to issue negative bold revisions, and more likely to respond to bad rather than good news during recessions, according to a 2014 study, Recession Analysts and Conservative Forecasting.

The Irish economy has enjoyed a strong recovery in recent years but this study suggests the extent of the 2008 crash means will be impacting analyst forecasts for decades to come.

Both sexes are biased but are they equally biased? According to a 2010 paper published in the Journal of Accounting Research, female analysts tend to issue bolder and more accurate forecasts than their male counterparts. Not only that, the stock market appears to be well aware of this reality, responding more quickly to forecast revisions by female analysts even though these analysts get less media coverage. However, the paper stresses that this is not because women are invariably better forecasters than men. Much research indicates women tend to be more risk-averse and less competitive than men. That’s not the case among female financial analysts who, as already noted, tend to make bolder forecasts. This is especially the case in sectors where there are few female analysts.

The perception of discrimination in the male-dominated financial services industry means self-selection is influencing the results, say the researchers, with only the brightest and most competitive women opting to work in the industry.