How to find the best current account for you

As banking gets dearer, it pays to switch to an account that caters best for your needs 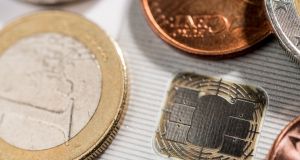 Irish banking customers tend to be very slow to do so, but switching may now make more sense than ever before. Photograph: iStock

Banking is getting more expensive. Back in January, Permanent TSB disclosed it was making it more difficult for its legacy customers to qualify for free banking, after it said charges of up to €18 a quarter could apply. And more recently, Ulster Bank has also announced a switch to how it imposes charges on its current account. From April customers will face a host of fees on everyday banking transactions, such as 20 cents for direct debits and electronic payments, and 35 cents for ATM withdrawals.

So maybe it’s time to switch? Irish banking customers tend to be very slow to do so, but switching may now make more sense than ever before. Yes, the competition may not excite, but depending on your own personal needs, you could find the best – and cheapest – bank for you.

You want the cheapest

If your bottom line is that you don’t want to give a cent to a bank, the best approach may be to seek out a bank that offers free fees – and dispense with those that impose restrictions, such as maintaining a minimum balance. Yes, you may be able to meet this requirement 300 days out of 365, but one missed day means you’ll have face fees for that quarter, so best to avoid.

While you might have to give up on some of the services offered – such as overdrafts – you can still find some banks that fit your criteria.

EBS, for example, is an old-school bank that still has a large branch presence and offers free banking on its Moneymanager account. You won’t get a cheque book, overdraft or interest on deposits, and you can’t expect any link-ups with “digital wallets” such as Apple Pay, but it might still meet your needs.

Another option is to consider one of the new fintech players that have come into the Irish market in recent years. N26 and Revolut both offer “free” current accounts, but be wary of the costs that can apply.

N26 has a big downside if you like using your ATM card: should you use it more than five times per calendar month, you’ll end up paying €2 a time. It also has a €10 fee should you lose your card.

With Revolut, you’ll have to pay €6 to get your card delivered to you, while it also has hefty ATM fees; the first €200 is free but after that Revolut will take a 2 per cent fee.

When travelling abroad, there are a number of considerations to bear in mind. The first is whether or not you’ll be liable for charges when withdrawing cash from a foreign ATM. The second is how your bank treats purchases with your card. And the last is the exchange rate it applies to these transactions.

When you consider these factors, the branch-less fintech players can look more attractive.

Consider a €100 dinner in Paris. With AIB, for example, paying for the dinner with your debit card won’t cost you anything in charges if you already qualify for free banking. Now move that dinner to London. Paying a £100 bill with N26 won’t cost you any more than it would do in Paris. With Revolut, it’s also free – but a limit of €5,000 applies. Anything over this and you’ll have to pay a 0.5 per cent fee.

How about an ATM withdrawal? If you’re in the euro zone, normal terms of business will apply. Step outside it, however, and the fees start to mount.

N26, on the other hand, offers a more competitive rate of 1.7 per cent – or €1.70 – while up to €200 can be withdrawn for free with Revolut. You can avoid fees altogether with N26, for a charge of €9.90 a month for its Black card. Revolut has a similar offering. However, this might only be worth it if you’re a very frequent traveller outside the euro zone.

Finally there’s the all important exchange rates. Both N26 and Revolut promise they’ll give you the interbank exchange rate (although a mark-up does apply at weekends with Revolut), which will probably be more competitive than the rate offered by a mainstream bank.

You want a chequebook. A joint account. An overdraft. A branch you can call into with your bag of coppers from behind the couch, or to lodge money, to visit the bureau de change or to talk to someone about your account, face to face.

If this is you, you need to forget about the new fintechs and consider one of the incumbent players – but perhaps not all of them.

First off your list should be Bank of Ireland; even if you can avoid transaction fees by keeping €3,000 in your account, you’ll still be hit with the quarterly €5 fee. Moreover, use of its chequebook is particularly expensive, with a charge of 20 cent per cheque, plus a 60 cent processing fee per cheque.

Similarly with An Post. It has a €15 quarterly fee you can’t avoid, although you can mitigate it by availing of its cashback offers.

Ulster Bank is also going down this route; from April 19th, you will face transaction charges unless you keep €3,000 in your account at all times. But even if you do, you’ll still be faced with a €6 quarterly charge.

While EBS is a cost-effective option, it doesn’t offer some of the services – such as a chequebook – that you might like.

However, KBC doesn’t offer a chequebook, so our winner is AIB for its lower required balance and the fact it doesn’t impose a lost card fee, and has one of the more modest unauthorised overdraft fees.

The good news is that several banks still offer free banking incentives to people in their 60s; the bad news is that the age has steadily increased in recent years.

You will typically have to be 66 or over to enjoy free banking with most providers, although KBC gives you free day-to-day banking starting at 60. Its over-60s offering includes no transaction fees.

Bank of Ireland has a “golden years” account, which means that once you turn 66 you can avoid transaction fees, as well as charges on other services, such as overdrafts, replacement cards and cheques.

AIB’s Advantage account gives you free banking from the age of 66, as well as commission-free foreign exchange and free bank drafts, while PTSB and Ulster Bank also offer transaction-free banking for the over 66s.

You want new ways to pay

First there was Apple Pay – now Irish banking customers have a plethora of ways to pay including Google, Garmin and Fitbit pay. These payment tools work by linking up a device with a debit or credit card offered by your current account provider.

So, if you have Apple Pay, for example, you’ll flash your phone, instead of your card, when you want to pay for something, or your Fitbit, if you’re out for a run without your wallet.

While most banks don’t impose payment limits on these new ways of paying, many retailers do. This means that, just like a contactless payment with your card, you might be restricted to purchases of €30 or less.

However, not all banks (yet?) have jumped on the digital wallet bandwagon. Customers of Bank of Ireland for example, are still reliant on their cards only. Others, such as N26 (Garmin, Fitbit) or Ulster Bank (Google, Apple), offer some but not all.

Best of the bunch is KBC, which allows its customers link up with the four payment methods.

You want new ways to save

It’s simple – and doesn’t even pay interest – yet thousands of Irish customers are swarming to both N26 and Revolut, in part because of the savings facility they offer via their apps.

With N26’s “spaces”, you can open two savings accounts with its free product, or up to 10 with its paid-for products, and clearly identify them for specific savings goals, such as a holiday or a deposit on a house.

Revolut also offers a similar “vaults” product, but this goes one step better by allowing you to top up your savings each time you spend, by a multiple of your spend. So that €3 latte, for example, could see you also save €3 in one of your vaults.

An Post also gives you two “wallets” to help you manage your money. Just like Revolut’s “vaults”, these wallets can be called what you want to help you save for a particular purchase or holiday.

If you get a particular thrill from earning rewards on your day-to-day banking, then you now have plenty of different accounts to choose from.

Permanent TSB operates a similar model with its Explore account, which it operates with Visa. This rewards customers in a number of ways. Firstly, it gives you 10 cent back every time you pay with your card in-store or online, and you will also be signed up for Gorewards offers, which gives you offers every week with a selection of retailers. In addition, you can get 5 per cent cash back on bills with Sky and Airtricity, for example, when you pay by direct debit.

Bank of Ireland has a similar offering, Live Life Rewards. This gives you cash-back offers from a range of retailers in Ireland, including SuperValu, Topaz, Mothercare, Mytaxi, Elverys, McCabes and Shaws. However, it announced last week that it was withdrawing from the SuperValu arrangement.

AIB’s Everyday Rewards scheme also offers cash back on either your debit or credit Visa card, linking up with a host of retailers.

Best: It depends on where you shop.