Q&A: Failure to pay 2012 imposed minimum of 520 stamps locks her out of pension fix 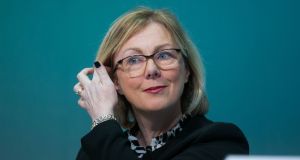 She will turn 66 next year. Have the recent changes announced by the Minister altered her entitlement to a pension?

* Now this is where things get messy. Your wife has paid 300 PRSI stamps and has a further 102 credited.

But, it appears, she will not benefit after all. My initial advice was that the Homecaring Credits would go to meet the minimum “entry standard” on eligibility for the contributory state pension – 520 full PRSI contributions. That is not so.

I am now assured by the Department of Social Protection that you must have 520 fully paid PRSI stamps before you even start to consider homecaring / homemaker credits. With 10 years’ stamps, you don’t even get to consider any child rearing duties – or anything else

It seems quite unfair, given that the doubling of this minimum threshold to 520 in 2012 from 260 was a significant factor in locking many women out of even a reduced pension in the first place.

Your wife would have qualified for almost two-thirds of the maximum state pension under the pre-2012 system but now remains locked out.

* This article was edited on Monday, February 5th

Election proposals may make the housing crisis worse 07:36
Tesco UK moves to scrap 350m tonnes of plastic per year 07:26
Asian shares hold ground as China virus fears persist 07:19
Dear prudence, Thunberg vs Trump and patience is a virtue 06:41
Overlooking the virtue of patience in business comes at a cost 05:30

1 Paschal’s pitch is based on the economy, Brexit and Project Ireland 2040
2 Ryanair wants Irish courts to block Skyscanner from selling its flights
3 Cosgrave should give his speech to Web Summit’s partners in Saudi Arabia
4 Election proposals may make the housing crisis worse
5 Tesco UK moves to scrap 350m tonnes of plastic per year
6 Davos 2020: Worlds of Trump and Thunberg collide on a Swiss mountainside
7 Who are Ireland’s 17 billionaires?
8 Court dismisses part of action over claim of ‘catastrophic losses’ on pension schemes
9 My father in a nursing home wants to gift me his house
10 Intel shares jump 7% on strong earnings and revenue forecasts
Real news has value SUBSCRIBE
Save money on international transfers