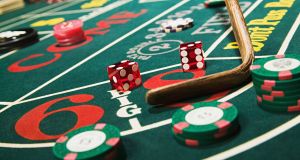 Professional investors are almost twice as likely to change their behaviour after a losing streak than a winning streak, and not in a good way. Photograph: Getty Images

Instead, their behaviour changes both when they’re on a roll and when everything is going wrong – with negative consequences for their investors. The firm, which uses insights from behavioural finance to help money managers understand and tweak their decisions, notes that investors should expect winning and losing streaks. In any given year, chance says an unskilled investor can expect to experience a five-day streak of some kind on no newer than 16 different occasions.

No heed should be paid to such streaks, given that it’s a simple fact that sometimes investors will get lucky and sometimes they’ll be unlucky. However, it turns out that professional investors do pay heed. Examining 250,000 trades made between 2008 and 2018, Essentia found that half of active managers show significant changes in behaviour after a five-day winning or losing streak. Investors on a winning streak turn more cautious – they make fewer decisions, fewer trades and smaller trades.

Most managers see the quality of their decisions deteriorate when they on a winning streak, the researchers found. As a result, their decisions tend to “destroy value”, but the fact that they make smaller trades than usual means that the damage is limited. However, the real harm is done following losing streaks. Professional investors are almost twice as likely to change their behaviour after a losing streak than a winning streak, and not in a good way. They trade more often, with some managers trading three to four times as much when losing. They make much bigger decisions and much bigger trades: managers that increased their trading size did so by nearly doubling their daily turnover.

In other words, many professional investors act in an especially emotional manner following losing streaks and this hurts performance. The frequency of losing streaks means that real damage is done over the course of the year.

Why? Psychologist Daniel Kahneman won the Nobel Prize in economics for his insights into loss aversion, people’s tendency to prefer avoiding losses than bagging equivalent gains. Kahneman showed that people typically turn down a high-probability bet to protect existing gains but they will accept a low-probability bet to try to avoid losses, and it’s clear the same tendency is influencing fund manager behaviour.

Like a poker player who has had a good night at the table, they tend to play it safe following a winning streak, “preferring the certainty of keeping their existing gains to the risk of betting more and reducing the pot”, as Essentia put it. However, fund managers become risk-seekers following poor periods. The pain of losing money breeds desperation, with many investors making bigger and wilder bets to erase those earlier losses. Similar findings have been documented in earlier studies. For example, research has shown that fund managers whose pay was tied to performance tended to increase volatility in the second half of the year if they had been “losers” in the first half of the year.

A similar phenomenon has been shown to taint hedge fund behaviour. The second reason, the paper suggests, is that investors are prone to an “illusion of control”. Again, this is a well-documented psychological phenomenon whereby people tend to instinctively think they have greater control or influence over circumstances than they really do.

Gamblers in a casino tend to roll the dice harder for high numbers and softer for low numbers; people prefer to choose their own lottery numbers than play with pre-chosen numbers; people think they are less likely to be in a car accident if they are driving than if they are in the passenger seat.

When on a losing streak, investors “were instinctively acting as though the likelihood of the decisions they were taking being right was somehow significantly greater than usual”, say the Essentia researchers, “as though taking the view that not only is ‘it broke’ but that they could ‘fix it’”.

However, financial markets do not become more obliging simply because an investor wants to get back money they have lost, resulting in managers forcing trades rather than waiting for real opportunities.

Of course, one could argue this was simply gambling on their part, as opposed to a genuine illusion of control. Perhaps, but the illusion of control appears to be a real problem in the world of professional trading. In a 2003 study involving 107 traders from London-based investment banks, traders were asked to participate in a computer game featuring a picture of a changing financial index. Index changes were partly random but three computer keys “may” raise or lower the index, they were told.

In reality, the computer keys had no effect on the index, but some traders were especially prone to having an illusion of control, believing their actions influenced the end result. The researchers found these same traders earned less in their day jobs and were deemed to be poorer performers by their managers, suggesting having an illusion of control will hurt your investment performance.

Firms like Essentia argue these results are proof of the need for active fund managers to become more conscious of the psychological forces that can hurt their investment performance.

A sceptic might say it would say this; the company does portfolio analytics for asset management firms and admits its Insight service “doesn’t come cheap” – prices start at $80,000 per year, with the firm claiming it helps to boost clients’ performance by an average of 0.7 percentage points every year.

Nevertheless, a growing body of research confirms active managers’ investing decisions are all too often undermined by cognitive biases. Earlier this year, for example, a study found fund managers are skilled when it comes to buying stocks but they are awful at timing sales decisions for the simple reason that they don’t pay enough attention to the matter.

Unlike institutional investors, ordinary investors are hardly likely to fork out tens of thousands of euro to have someone analyse their trading decisions. Nevertheless, all active investors, big and small, should be conscious that it’s perfectly normal to experience winning and losing streaks.

Changing your investing behaviour because of these random streaks – in particular, forcing trades in order to make up for earlier losses – is a bad idea that will cost you money.