Is there any issue with giving son an apartment rent-free? 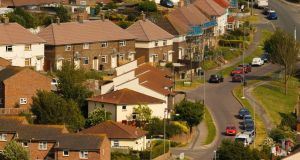 Any young couple looking to put aside money to save a deposit will be grateful for help. Photograph: Chris Ison/PA Wire

I have an investment property in D1 which has been let out in units for many years. My son (with his girlfriend) has been living in one of the apartments for the past three years.

I do not charge them rent as they are saving to buy their own house. Current market rent would be around €1,000 per month. Do I or they have any tax liability due as a result of this arrangement?

You don’t, but they might. Revenue tightened up the rules quite a bit on parental financial support for adult children in 2014. Essentially, once they are no longer in full-time education, Revenue considers that they should be supporting themselves.

Clearly a young couple looking to put aside money to save a deposit for their own home will be grateful for any help they receive. But they could be leaving themselves exposed.

There are two options here. In the absence of any alternative, the €12,000 – or whatever the detailed sum will be – is considered a gift and is treated under the capital acquisitions tax regime. Your son is, as of now, entitled to receive a total of €310,000 in gifts and inheritances between his parents, so the €12,000 per annum could be offset against this limit.

He will pay no tax – as long as he has not already received gifts or an inheritance from a parent of more than €310,000 – but it will reduce what he can inherit tax-free later on.

That’s not necessarily a problem. If their financial need is now, there is little point in them holding on for a promised inheritance. Better to give them a leg-up now.

But it might not come to that. You are entitled to give – free of any tax – €3,000 a year to anyone. This is called the small gift exemption. So you could give €3,000 to both your son and his girlfriend. That would reduce the sum at issue to just €6,000 a year.

If your wife is still alive, she too can separately gift each of them up to €3,000 a year. Between you, it would have the effect of gifting the young couple a max of €12,000 a year, neatly offsetting the current market rent and getting rid of any longer-term tax issue, which seems to be the aim of your decision to allow them live there rent-free in the first place.

1 MSD buys Takeda biologics plant in Dunboyne
2 State’s biggest landlord records 30% rise in rental income
3 ‘Saudi Arabia is where the opportunities will happen in future’
4 What will the office market look like after the great remote working experiment?
5 Facebook agrees Irish wind-farm deal with Brookfield in Tipperary
6 Scars from the crash give Irish banks 2.6 billion reasons for Covid caution
7 Irish tourism must also help itself to survive the pandemic
8 Project Eagle: What was it and why is it in the news?
9 Trump signs executive orders banning TikTok and WeChat
10 How your country’s history affects the way you think
Real news has value SUBSCRIBE
Save money on international transfers