Can financial advisers help save investors from themselves? 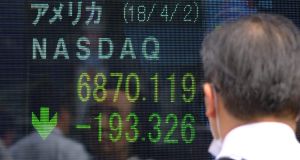 The recent stock market volatility has reminded people that investing can be an unnerving business. At times like this, there is a danger that anxious, uninformed investors are liable to let their emotions get the better of them, jettisoning their long-term investment plan and selling up at the first hint of trouble. Can financial advisers help save investors from themselves? Or are advisers likely to be as badly behaved as the investors they seek to serve?

Many elements of advisers’ jobs, such as portfolio rebalancing and tax-loss harvesting, have been 'commoditised' by technology

Industry pressures mean advisers may have to market themselves increasingly as behavioural coaches in the coming years. Robo-investing firms now allow ordinary investors to construct low-cost, diversified portfolios quickly. Many other elements of advisers’ jobs, such as portfolio rebalancing and tax-loss harvesting, have been “commoditised” by technology, warned Tim Buckley, chief executive of index fund giant Vanguard, earlier this year. A recent Oxford University study, noted Buckley, found 58 per cent of advisers were at risk of losing their jobs due to automation. In contrast, “behavioural coaching is difficult to code”, said Buckley, who recommended advisers prioritise “uniquely human tasks” that help minimise client anxiety during difficult markets. Such work is invaluable, said Buckley, citing research showing that taking care of clients’ heirs and reducing their anxiety levels has twice the impact on client loyalty compared to carrying out more transactional work.

The need for calm, expert guidance is hard to deny. Countless studies confirm the behaviour gap – the difference between the returns earned by investors and the funds they are invested in – is a real problem. All too often, investors bail out in times of turbulence and buy back in when things have calmed down, by which time prices have already rebounded. A variety of studies indicate investors lag the funds they are invested in by between one and two percentage points annually.

The scale of the underperformance is much greater again among technology investors – one study found the average Nasdaq investor underperformed the index by 5.3 percentage points annually over a 30-year period – and larger still in the case of active investors.

Over time, this can lead to a serious financial shortfall. A €10,000 investment compounding at 8 per cent annually will be worth €217,245 after 40 years; an annual return of 6 per cent, however, would result in that lump sum more than halving to just €102,857. The question is: can advisers shrink or even eliminate this behaviour gap? Yes, according to 2016 Vanguard study Putting a Value on Your Value: Quantifying Vanguard Advisor’s Alpha. Examining actual client behaviour, it found investors who strayed from their initial retirement fund investment underperformed by 1.5 percentage points annually. Behavioural coaching could eradicate this gap, the report estimated.

Clearly, advisers felt they had a better chance of bagging their next commission if they simply told clients what they thought they wanted to hear

Additionally, advice regarding other aspects of investing – rebalancing, spending strategies in retirement, moving to low-cost funds, amongst others – could result in clients bagging an extra three percentage points annually. That figure is net of fees, said Vanguard, so a good adviser can more than earn their keep.

Sceptics might suggest Vanguard’s figures are optimistic. Additionally, while Vanguard preaches the gospel of long-termism and sticking to low-cost index funds through thick and thin, some advisers appear to take a non-textbook approach to investing.

At the major market peak in October 2007, prior to the global financial crash, advisers using the TD Ameritrade brokerage had 26 per cent of their clients’ assets in bonds and cash. At the market bottom in March 2009, by which time stocks had more than halved and were trading at their cheapest level in a generation, advisers had ratcheted up bond holdings and cash to 51 per cent. In other words, they were buying high and selling low – emotional investing at its worst. An alternative explanation is that some of those advisers were being cynical rather than emotional. Instead of holding your hand, some “might prefer to pull you by the hand in the direction you are already headed”, as acclaimed author and Wall Street Journal columnist Jason Zweig once put it.

Zweig pointed to one study where would-be investors met almost 300 financial advisers. Each investor outlined to their adviser their preferred investing strategy, with a third of the shoppers pretending to like the idea of chasing hot funds. Instead of dissuading them, advisers supported the client’s misguided ideas. Clearly, advisers felt they had a better chance of bagging their next commission if they simply told clients what they thought they wanted to hear. International regulators are increasingly conscious that advisers’ interests are not always aligned with their clients’. Advisers who receive commissions from selling managed funds, for example, may be inclined to steer investors into inferior expensive funds.

Such concerns have resulted in Britain, the US and Australia all either banning commission-based advice or mandating that advisers act as fiduciaries, putting clients’ interests ahead of their own. In Ireland, too, the Central Bank has proposed restricting certain types of commission. Still, reforming the commission model may not eliminate the problem of bad financial advice. Firstly, we know financial professionals are not immune to the same behavioural biases that undermine many ordinary investors. In a 2015 study, researchers examined the private investments of Swedish fund managers. They found the fund managers didn’t outperform; they weren’t better when it came to diversification; they exhibited the same behavioural biases as ordinary investors. There was, the study concluded, “no evidence that financial experts are making better investment decisions”. Other studies confirm that apparent expertise does not always lead to improved performance. In one study, people with a genuine knowledge of finance were guilty of claiming knowledge of non-existent financial terms and concepts, leading the researchers to conclude that the benefits of being informed can be outweighed by people’s overconfidence in their own expertise.

Another experimental study showed financial advisers were more willing than college students to buy a high-risk, high-reward investment; however, when the investment returns were shown more often, the advisers let their emotions gets the better of them and they became less willing than the students to invest.

The conclusions of a recent study, bluntly titled The Misguided Beliefs of Financial Advisers, are especially stark, warning that reforming the commission-based system is unlikely to improve the advice doled out to ordinary investors. Advisers tend to be well-meaning but misguided, according to the authors, who examined the portfolios of more than 4,000 Canadian-based advisers and almost 500,000 clients over the 1999-2013 period. “Advisers are willing to hold the investments they recommend,” the authors noted, investing in the same kind of funds that they recommended to clients. Unfortunately, these tended to be actively managed funds. They had outperformed historically, even though past performance is no guide to future returns; and they were expensive – on average, they attracted average annual charges of about 2.4 per cent. Consequently, the personal accounts of advisers were just like their investors’ accounts. Both underperformed by about 3 percentage points annually. Regulations that reduce conflicts of interest “do not address misguided beliefs”, the authors warned, saying that “improved education” was necessary. In other words, many advisers need advising – bad news for investors looking for a good financial adviser who can steer them through the current market turbulence.

1 Hurrah for the companies giving staff more time off
2 RTÉ to seek 70 voluntary redundancies as ‘large costs’ beckon in 2021
3 ‘We lost money on our planned wedding in Spain. Covid saw to that’
4 Some Irish money market funds came close to danger in March
5 Covid-19 will worsen shortage of accountants, says CPA Ireland
6 Policy failed us during the banking crisis and it’s failing us again
7 Aryzta to pursue asset sales as takeover talks fail
8 Samsung patriarch Lee Kun-hee dies at 78
9 Start-up Loanitt raises €570,000 as it looks to double headcount
10 Goldman Sachs in talks to take over Blanchardstown shopping centre
Real news has value SUBSCRIBE
Save money on international transfers