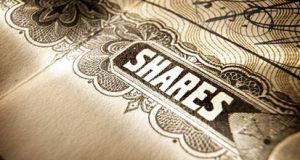 It is reckoned by the British authorities that about £3bn lies unclaimed in shares and dividends in the UK alone. Photograph: Getty Images

I am writing on behalf of a relative who had an allocation of shares in the flotation of Friends Provident. The letter we have says he was entitled to 200 shares. At the time he had an address in the south of England. Please can you assist with these shares. How can we receive them? Mr A does have a British bank account. What documentation you would require from Mr A?

He has certainly been patient in waiting to go after these shares. Friends Provident was listed in 2001, and has been through a fair few iterations since then.

I’m assuming we are talking here about a holding of your father’s. It is immaterial from my point of view but when you start dealing with UK officialdom on this they will inevitable refuse to talk to anyone except the shareholder himself or, if he has died, his executors unless he gives express authority for someone else to speak on his behalf – such as an enduring power of attorney if he is no longer able to manage his own affairs.

As someone who represents elderly relatives, I can assure you this tends to be a black and white scenario.

The document that you have sent is a notice of Mr A’s share allocation in Friends Provident just ahead of its flotation on the London Stock Exchange following its demutualisation in 2001. It gives his name, a UK address, his policy details, his membership number and confirmation that he was entitled to 200 shares in the listed business.

Much has happened to Friends Provident in the meantime. Those who applied for their allocated shares at that time have seen their investment evolve considerably over the period.

When they floated they were worth 229 pence sterling. Eight years later the company was bought by listed investment company Resolution in an all-share deal, with Friends Provident shareholders getting 0.9 per cent of a Resolution share for each one they held in the old mutual.

In 2014, Resolution was renamed Friends Life, and later that year it was acquired in turn by Aviva. Again it paid for the deal in shares – 0.74 of an Aviva share for each Friends Life share.

That’s a return of just over 16 per cent over an 18-year period – it’s not likely to set the world alight, although that doesn’t take account of dividends that would have been paid down the years. Still.

But what about Mr A’s shares that were never taken up? He’s not particularly unusual in that regard. It is reckoned by the British authorities that about £3 billion lies unclaimed in shares and dividends in the UK alone.

And the largest pool of unclaimed shares – perhaps not surprisingly – are windfall shares from mutuals that have gone on to become public companies. Essentially, many people, possibly like Mr A, never intended to be stock market investors: they signed up to be part of a mutual society. Unsure of what the whole thing was about, they simply filed away the information they were sent.

Nearly £1 billion in such shares remains unclaimed all these years later by more than half a million people. Some like Scottish Life, Scottish Widows, Standard Life and the Halifax have spent years trying to track down shareholders and have held on to their shares.

However, in the case of Friends Provident, I understand the situation is slightly different.

I gather the shares were turned into cash back in 2004 and it is still being held for those like Mr A who never came forward. With around 140,000 people still to claim their cash, that’s a lot of money – around £168 million.

I’m not sure exactly what price the Friends Provident shares were when that 2004 switch to cash came, but who you probably need to talk to in the first instance is a share registrar company called Equiniti.

It is one of the big players in the industry, in Britain at least. It stopped acting for Friends Provident when it was acquired by Resolution/Friends Life and late Aviva, both of which use a rival registrar called Computershare. However, as the shares were encashed while Equiniti was in charge, I’d expect it is still responsible for dealing with inquiries such as yours.

I suggest you, or preferably Mr A, write to it at Equiniti, Aspect House, Spencer Road, Lancing, West Sussex BN99 6DA, England.

It might help to call it first on +44 121 4157047 to confirm precisely what information you will need to send it to confirm Mr A’s identity and access his money. Its website also says that it has a dedicated line for Friends Provident shareholders. I’m sceptical at this stage, but the number is +44 0371 3842056.

As you can imagine it is likely to be a little careful about dealing with someone it has not heard from in nearly 20 years, and it will want proof of ID. So the letter confirming who Mr A is – or you if you are legally entitled to act on his behalf – will almost certainly need to be corroborated by what it calls an independent witness of standing. This normally means a lawyer or a police officer or someone similar.

It will also want proof of Mr A’s current address – a copy of a driving licence or a utility bill should do but it will confirm this when you get in touch.

Any proof of the old address at which Mr A was resident back in 2001 would likely also be useful, and a copy of the letter you scanned over to me should serve in that regard.

As I say I would suggest getting in touch first with Equiniti before sending off a lot of personal details unsolicited as it will help ensure your information gets to the right people and that the payment to Mr A of the money he is owed can be expedited as quickly as possible.

1 Brother is dragging his heels as executor of uncle’s will - is there anything I can do?
2 Irish whiskey sales near milestone of 12m cases a year
3 The lockdown was overkill but justifiable in an information vacuum
4 Stocktake: Has Warren Buffett lost the magic touch?
5 ‘I’m so lucky to be in the Caribbean – a million miles from Derry Girls’
6 Apple tax case: Four individual lawyers paid over €500,000 each
7 Should my mam wait for house prices to drop before buying?
8 Deloitte expands into cloud computing with deal for DNM
9 ‘I have a talent for justifying purchases’
10 Trouble ahead in playing fair for sister on property deal
Real news has value SUBSCRIBE
Save money on international transfers