Forgetting bad investments can stop us learning from costly mistakes 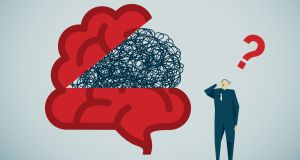 We all like to think well of ourselves. Unfortunately, this need for a sunny self-image means we’re more likely to remember our good investments and forget the bad ones, potentially preventing us from learning from costly mistakes. That’s according to Investor Memory, a recent paper authored by Maastricht University researchers which finds evidence of a “self-serving memory bias” that “distorts beliefs and drives investment choices”.

Our memories shape our financial decisions, but memory is far from infallible. “If you had a great time with friends at Dave’s birthday party in the fancy fish restaurant,” the researchers note, “you may forget that the food wasn’t that good.” And if you were the one who picked that fish restaurant, you’re especially likely to overweight the good bits in your memory.

Psychological literature shows people are more likely to remember personal successes than failures and to remember things “that are supportive of the choices they made”.

Does this same tendency shape people’s financial decisions? To find out, the researchers designed an experiment where participants were asked to invest either in a risky asset or a risk-free asset. The risky asset was either a “good stock” or a “bad stock”; the good stock had a 60 per cent chance of a positive return and a 40 per cent chance of a negative return, whereas the odds were reversed for the bad stock. The investors were not told whether their stock was good or bad. Instead, they were allowed to observe a series of stock returns, highlighting how often the stock rose or declined.

A week later, they were asked whether they believed their chosen stock was a good stock or a bad stock. The investors remembered outcomes “in a self-serving way”, the paper notes. If they invested in the stock, they were more likely to remember gains than losses.

Consequently, their faulty memories meant they tended to be enthusiastic about the prospect of reinvesting in the bad stock. Importantly, there was no evidence of any memory bias among investors who decided not to invest in the stock (that is, the people who chose the risk-free asset). The findings carry obvious implications for investors, says Joachim Klement, head of investment research at Fidante Partners. “As soon as we have ‘skin in the game’ in the form of invested money,” says Klement, “our memory may become more biased.”

That’s echoed by the researchers. Our need to think well of ourselves means we’re more likely to remember positive investment outcomes and less likely to remember negative outcomes. It may also explain why unsuccessful traders become overconfident and continue trading, they add. This is not the first study to come to this conclusion. A widely-cited 1997 study by Yale finance professor William Goetzmann found that what investors thought they earned on their fund returns was very different to what they actually earned. One group of investors surveyed by Goetzmann overestimated their fund’s return by 6.22 percentage points.

In other words, he noted, “investors have a higher opinion of their personal choice”. Similarly, the groups differed when asked to state their satisfaction with their fund manager. When investors had a choice of manager, they were more likely to express satisfaction with his or her performance. When they had no choice, they tended to express dissatisfaction.

We like to think our choices are the right ones. And if things go wrong? A 2014 study, “Looking for Someone to Blame: Delegation, Cognitive Dissonance, and the Disposition Effect”, suggests we do just that – look for someone to blame, that is.

It’s well known that investors are prone to what behavioural finance experts call the disposition effect, the tendency to sell winning stocks and hold on to losing stocks. However, the researchers’ analysis of brokerage data found this effect is reversed with managed funds, with investors more likely to sell losing funds compared to winning funds. Why? Cognitive dissonance – a term used by psychologists to describe the feelings of discomfort you experience when faced with evidence that contradicts what you want to believe – drives this behaviour. The paper’s thesis is if you buy a stock and you’re faced with paper losses, you can try and convince yourself the loss is a temporary setback, thus protecting your self-image of being someone who makes good decisions. When you sell at a loss, however, it becomes harder to avoid the view that buying the stock might have been a mistake. Accordingly, you hold on rather than realising the loss.

“Delegated assets”, such as managed funds, where the decisions are taken by someone other than you, are different; the investor can blame the fund manager for the poor performance and sell at a loss, “without admitting to his or her own mistakes”. Investors “do not like to admit that they were wrong”, the researchers argue, “and will blame someone else if they can”. They conducted trading experiments which bore out this thesis. One group of participants had to give a reason for purchasing a stock or fund which they were then reminded of at a later stage. This reminder was designed to increase the mental tension felt when facing a loss, and therefore to increase the actions people will take in response to that tension.

It did just that – providing the reminder increased both the disposition effect and the reverse-disposition effect, with participants more likely to hold on to their losing stock and more likely to sell their losing fund. The results were similar with a second group of participants. This group were reminded of the fund managers’ importance. Participants in this group viewed a webpage where the words “buy”, “sell”, and “portfolio performance/gain/loss” were replaced with the words “hire”, “fire” and “fund manager’s performance/gain/loss”. They were also provided with links to the fund managers’ biographies. As predicted, when the role of the manager was emphasised, investors were more likely to sell a losing fund. “By blaming the manager, investors can sell losing funds without having to face the psychological cost of having made a poor decision,” the paper notes. “Logically, investors could and maybe should still choose to blame themselves for their role in the returns if they wished – nonetheless, the point of cognitive dissonance theory is that they are looking for a reason to excuse their own behavior, so having such a reason at hand makes it likely that investors will choose that course instead”.

Bridgewater founder Ray Dalio, one of the most successful hedge fund managers in history, likes to say that if you don’t mind being wrong on the way to being right, you’ll learn a lot. However, most investors do mind being wrong, resulting in dodgy memories, dodgy beliefs and ultimately dodgy decisions.

As the late economist John Kenneth Galbraith famously quipped, “Faced with the choice between changing one’s mind and proving that there is no need to do so, almost everyone gets busy on the proof.”

1 ‘Saudi Arabia is where the opportunities will happen in future’
2 Data centres will force State to choose between climate and investment
3 MSD buys Takeda biologics plant in Dunboyne
4 State’s biggest landlord records 30% rise in rental income
5 Scars from the crash give Irish banks 2.6 billion reasons for Covid caution
6 Project to identify spare intensive care beds accelerated by pandemic
7 Elderly parents living in property you own will save you on capital gains tax
8 Identigen founders make €12m each from sale of company
9 What will the office market look like after the great remote working experiment?
10 Blackrock Clinic and Hermitage deals approved by regulator
Real news has value SUBSCRIBE
Save money on international transfers