Budget move equates to €13,000 windfall for those born after 1955. A temporary reprieve? 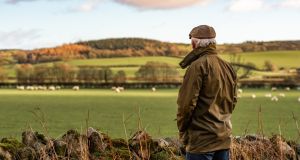 Back in Ireland of the 1970s, you only got the State pension when you turned 70 – and life expectancy was lower then. Photograph: iStock

Did you know that you might have benefited to the tune of €13,000 last week? In among the 50 cent increase on cigarettes and extension of Help-to-Buy on budget day was the confirmation that the Government won’t push the State pension age up to 67 on January 1st, 2021, leaving it instead at 66. In effect, this is a windfall of sorts for those born in 1955 or after, as they’ll now get their payment of €248 a week for an extra year once they retire.

But before you plan a splurge on your 66th birthday, it’s worth considering just how long the Government can afford to allow this decision stand.

Pushing the pension age up to 67 would have brought Ireland into an elite group – and, like lockdown perhaps, not one we would necessarily want to be part of.

Germany has a plan to increase its state pension age to 67, but not until 2031

Given trends across Europe then, perhaps Ireland, with its population younger than most, didn’t need to rush so far so fast.

It’s also a misconception to believe that increasing the State pension age would proportionately relieve the burden on the State. If you retire at 65 in January for example, even though you won’t get the State pension, you can claim jobseeker’s benefit if you have at least 156 PRSI contributions up until your 66th birthday, at which point you claim the State pension. And this benefit applies until “pensionable age”, as enshrined in social welfare legislation – whatever that age might be.

Eligibility for this benefit is high. The Department of Employment Affairs and Social Protection says that some 9,750 people over the age of 62 applied for jobseeker’s benefit in 2018; of these, 9,250, or 95 per cent, were awarded the payment. Now it is paid at a lower rate – at a maximum of €203 a week, compared to €248.30 on the State pension – but it is still a burden on the State.

Nonetheless, stalling on the pensions age issue now doesn’t change its original purpose; meeting the challenge of funding pensions as populations age. In Ireland, for example, the cost of the State pension is currently increasing by about €1 billion every four to five years, while keeping the age at 66 next year will cost the State about €220 million.

One way of mitigating the cost would be for people to stay in the workforce for longer, so fewer are drawing the pension at an earlier age.

For some, staying in the work force isn’t an active choice, but rather a way of keeping poverty from the door

To a certain extent, this goal is already being achieved. Back in 1998, just 34,300 people over the age of 65 were active in the labour force, according to the Central Statistics Office. Fast forward to the second quarter of this year, and the figure has more than doubled to 86,500. Women’s participation in the workforce in this age cohort has grown even faster, up by some 250 per cent from 1998 to 2020 for the over-65s.

But there are two challenges on this front. First, employers. Many still have a mandatory retirement age of 65, and an apparent reluctance to increase it, although this is changing. The Civil Service pension age has been pushed up to 70 for example, while many employers are now facing legal challenges on their retirement ages, as some workers push to stay on longer.

But late-in-life working can only go so far. For some, staying in the work force isn’t an active choice, but rather a way of keeping poverty from the door. Indeed the heightened activity from women in the 65-plus age group in the workforce must be considered in light of the fact that women are typically less likely to have a private pension, and if they have one, it is less well-funded than men. Not an ideal societal outcome then.

This is why boosting private pension adequacy can help as another string in the Government’s bow.

Countries like New Zealand and Australia have stormed ahead with the concept of automatically enrolling workers into pension schemes; here in Ireland, our auto-enrolment plan looks set to flounder yet again, some 14 years after it was first proposed, thus keeping the burden on the State.

With few viable alternatives to plugging the funding hole – what Government after all wants to hike PRSI or other taxes anytime soon? – we must again go back to the State pension age and the likelihood it will be increased once more.

This is why during the summer the Irish Fiscal Advisory Council suggested increasing the age in line with life expectancy. This, it said, gives the best outcome in terms of sustainability. It would mean, however, that those of us born after about 1966 would not get a State pension until we are 69.

By forfeiting its plan for January 2021, the Government has taken time to draw its breath. Just don’t expect the ultimate outcome to be any different. And depending on where you sit, it could actually be worse.