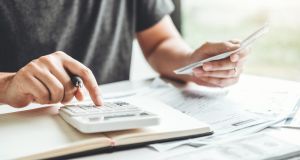 Irish households and businesses secured the second-highest level of payment breaks from banks at the height of the coronavirus pandemic across a group of 11 western European countries, according to a report from debt ratings agency DBRS Morningstar.

Some 13.4 per cent of Irish loans across the State’s three domestic banks were subject to payment freezes at the end of June, second to Portuguese loans at 21.5 per cent, and almost double the 7 per cent average, the report said. German loans came in at the other end of the scale, at 1.6 per cent.

The extent to which borrowers in individual countries availed of payment breaks is likely to have been influenced by varying levels of economic shock, government supports and pre-existing riskiness of lenders’ loan books, the report said. The levels of questioning from lenders before granting payment holidays has also been a factor.

“We see that banks in Sweden, Germany, Finland and the Netherlands seem to have provided a lower proportion of moratoria loans compared to banks in other countries, which could be partly explained by the fact that we expect the economic shock of Covid-19 in these economies to be less abrupt than in other European countries,” said DBRS Morningstar.

There were 90,539 active payment breaks across Irish households and businesses as of early September, down 40 per cent from the end of June just before initial three-month payment holidays came to an end, according to Central Bank figures.

The level of mortgages subject to payment moratoria dropped from 11.1 per cent of the total value of Irish home loans to 6.1 per cent during the period, while the ratio for small- to medium-sized businesses declined from 22.9 per cent 17.6 per cent. Banks have reported that most borrowers that availed of extended, six-month payment freezes have been returning to regular payments as the period of relief has started to come to an end in recent weeks.

The breaks were introduced by the banks in the middle of March as the country lurched towards lockdown. As a slew of lenders in other countries adopted a similar approach, European regulators issued guidelines that allowed banks to avoid tipping the loans into non-performing status or marking the breaks down as missed payments on borrowers’ credit records.

The European Banking Authority (EBA) decided last month against extending its guidelines beyond the end of September, saying that banks needed to return to offering relief on a “case-by-case” basis.

Banks can still offer extended payment breaks – or other solutions such as extending loan terms or allowing borrowers to go interest-only for a period – as they deal with those who are unable to return to regular payments. However, many borrowers will need deeper restructuring involving loan writedowns, particularly as the economy grapples with a second wave of the pandemic.

The Government announced on Wednesday evening that it was moving Cavan, Monaghan and Donegal to Level 4 Covid-19 restrictions, closing non-essential retail in those counties and requiring that all non-essential workers to work from home, for almost four weeks.