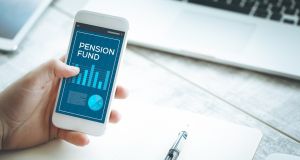 “Without auto-enrolment, supporting future retirees will continue to be a challenge for policymakers with concerns on sustainability going forward.”

The Government’s plan to introduce mandatory private pensions for all workers above a certain income limit by 2022 looks likely to be delayed yet again, a pensions expert has said.

A lack of progress combined with Covid-19 mean it’s “very unlikely” to be introduced as planned.

First mooted back in 2006, auto-enrolment, where employees are automatically enrolled into a pension scheme and receive contributions from both the State and their employer to help them save, has long been seen as an essential tool in ensuring people have enough to live on in retirement. It has, however, been a very long time in gestation, and now looks to be facing further delays.

Speaking at the launch of the Mercer CFA Institute Global Pension Index (formerly known as the Melbourne Mercer Global Pension Index), Caitriona MacGuinness, DC and master trust leader at Mercer in Ireland, said that given that no further progress has been made, combined with the additional challenges of Covid-19, “the target introduction date of 2022 is now very unlikely to be achieved” to the detriment of future retirement planning.

“Without auto-enrolment, supporting future retirees will continue to be a challenge for policymakers with concerns on sustainability going forward,” she said.

Despite the poor showing on this front however, overall the index, which benchmarks pension systems around the world, placed Ireland 14th out of 39 retirement systems, while Ireland was also assigned a “B” rating, which put it ahead of countries like Belgium, the UK, France, Spain and Austria. The Netherlands had the highest index value, with Thailand at the other end.

However, the sustainability of Ireland’s pension system was called into question, just a week after the Government confirmed that it would not raise the State pension age by a year to 67 come January 2021; a move which had been aimed at boosting the scheme’s durability. Ireland ranked just 24th in this subcategory, with Mercer pointing to the decision to defer to the pension age, and the fact that with the ratio of workers to pensioners in Ireland set to fall from 5:1 today to 2:1 by 2050, there will be fewer workers to fund the State pension in the future.

When it came to adequacy, Ireland, which has one of the highest State pension payments in the world, or “comparatively generous” as Mercer puts it, came in fifth place, although this is down on last year, when it was placed first. This is because the State pension was not increased in the 2020 budget, and the outcome is likely to be the same next year, given the most recent 2021 budget did not bring in an increase either

“The State pension continues to be generous in an international context. And while this supports those currently in retirement, it will be increasingly difficult to maintain this level of support in future as the population continues to age,” Ms MacGuinness said.

For integrity, defined as the level of trust in the system’s ability to deliver, Ireland stood in the middle, ranking at 20th place.