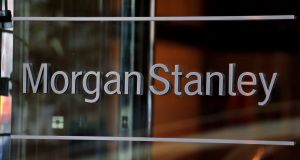 European stocks have just clocked their worst 10-year stretch against the S&P 500 since the 1930s but the next decade is likely to be kinder. So says Morgan Stanley, which says investor sentiment and positioning towards Europe is “structurally low”, with valuations relative to the US now hovering near 100-year lows.

Of course, investors may well greet such claims with weariness; the arguments have been advanced for years now, during which time Europe has continued to lag.

One reason has been the fact Europe has been perceived as a region dominated by old-economy stocks, but that’s no longer the case, says Morgan Stanley. Healthcare is now the biggest sector in the MSCI Europe index, followed closely by consumer staples and industrials. They now account for three times the share of banks, energy, autos and telecoms combined.

Meanwhile, technology is the heaviest-weighted sector in both the Euro Stoxx 50 and the MSCI Germany index, while Europe is no longer overweight banks; financials account for only 6 per cent of the MSCI Europe, on par with MSCI’s All-Country World Index, and down more than half from a decade ago.

Similarly, the focus on autos as Europe’s bellwether is misplaced, the firm says, given it now accounts for only 2.2 per cent of the MSCI Europe index.

In other words, the long-term investment case for Europe isn’t simply that it’s cheap and out of favour; it’s that Europe has gradually shifted towards more growth-orientated sectors and no longer deserves its old-economy tag.

1 Basic income for all: Has the Covid crisis given us a new economic model?
2 Admission of mistake in Oxford vaccine dose raises doubts over reliability
3 Direct sea routes to Europe offer certainty in choppy Brexit waters
4 ‘I don’t need to do any of this. . .I don’t actually need to work.’
5 Promontoria barred from pursuing doctor over Ulster Bank loan
6 Only way is up for Stripe as valuation skyrockets
7 There was no vaccine for Anglo: Why the last crisis was different
8 Online shoppers face unwelcome tax surprise
9 Kinzen raises $2.2m as it helps clients fight ‘misinformation’
10 RTÉ board should not tune out from digital expertise
Real news has value SUBSCRIBE
Save money on international transfers