Help! Will I get a State pension?

I’ve worked abroad, part-time or am a stay-at-home parent – can I get a State pension? 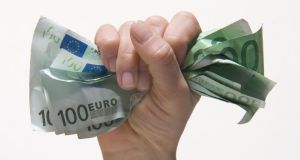 It has been estimated that it would cost about €250,000 to replicate the value of the full State pension in the private sector. Photograph: PM Images/Iconica/Getty

As thousands of women have discovered in recent years, the State pension qualification system is full of quirks.

As we now know, 36,000 people, close to two-thirds of them women, have found themselves with much lower pension entitlements than they would otherwise have had, all because they worked for a few years before taking time out to raise their families – especially those who missed out on the homemaker’s credit, which applies only from 1994.

But this is not the only quirk. If you work just four hours a week in a minimum-wage job you’ll qualify for a full State pension. However, if you work full-time for just five weeks of the year (roughly the same number of hours over the year), you’ll only get a reduced rate.

And if you work the same amount of time but as a self-employed person, you won’t get anything at all.

It has been estimated that it would cost about €250,000 to replicate the value of the full State pension in the private sector; and yet so many of us are unsure as to whether or not we’ll qualify for it.

It’s clearly an enormous entitlement. And whether you’ve spent years in the home or years in the workforce, making sure that when you turn 66, 67 or 68 – or whatever higher age entitlement moves to over coming years – ensuring you are entitled to a full State pension in your own name should be close to the top of your to-do list.

The welfare system is not always fair, however. And just because you believe you should be entitled to something does not mean the State does.

The answer, then, is preparation. For women now in retirement, who have seen thousands wiped off their entitlement due to having worked early in their career, and then having stopped for whatever reason, it may be too late, particularly given the wishy-washy response from Minister for Social Protection Regina Doherty to the issue. But for the generations to come, a little bit of knowledge, foresight and action may ensure that you maximise your entitlements.

Otherwise, you will have to depend on a non-contributory pension, which is means-tested and which reduces on a tapered scale by €2.50 per week for every €2.50 of weekly assessed means. This means you could end up with a derisory payment – or nothing at all.

How do I get the full pension?

It’s a trend that started in 2012 and which has seen the aforementioned women lose their entitlement to a full pension: as the population ages, the State pension is getting more and more expensive, so the Government is trying to cut costs by making it more difficult to qualify for the payment.

The State pension is calculated by averaging a worker’s PRSI contributions over their working lifetime. Since 2012, you need 10 years’ contributions – 520 individual contributions to qualify.

But you also need an average of 48 contributions a year to get a full pension. So, if you worked full-time, then worked a bit for a long time, you might find yourself on the wrong end of the calculations. Any substantial gap will cut the average contributions.

The key then is to make a contribution each week if at all possible – and, as you’ll see below, this can be achieved from working as little as a few of hours a week.

What if I work part-time?

If you work part-time, you might enjoy bringing in some extra income for your family. What you might not be aware of, however, is that even if you are paying PRSI stamps, you may not be making enough to ensure full entitlement for the pension.

Currently, if you are self-employed and earn less than €5,000 a year, you won’t be paying S-class PRSI contributions, which means you won’t be building up a State pensions record. However, for the cost of €500 a year (up from just €253 back in 2013) you can become a “voluntary contributor” which will maintain your entitlement to a full pension.

But before you start writing that cheque, there is another consideration; from 2015 Government policy has made it more difficult to become a voluntary contributor. In order to do so now, you need to have 10 years’ – or 520 – paid PRSI contributions to qualify. This is up from 468 from 2014, and from just 364 before than.

The form you will need to fill out can be found here.

Other part-time workers need to keep an eye on possible changes. Currently, if you earn just €38 a week (€1,976 a year) – or just about four hours on the minimum wage – you’ll qualify for a full State pension. That’s not a bad return, which is why, last year, the Department of Social Protection said the benefit of the pension “may be disproportionate to [claimants’] income when in employment”.

The Government has considered increasing the earnings threshold to €70 a week, or €3,900 a year – still less than the threshold for the self-employed.

I’m a stay-at-home parent: what about me?

While women in years gone by may have stopped working altogether when marriage and babies came along, it’s still true that women have a “fluid” relationship with the workplace. Figures just published by the Central Statistics Office show that some 445,500 women stayed at home to look after their families in 2016, with just 9,200 men performing the same role.

While the rate of growth of men opting to stay at home has soared, it will take a few generations yet before it could, if ever, reach any equilibrium.

So what does this mean for women (and men) who may have dipped in – and out – of the workforce to rear their families?

Introduced in 1994, the homemaker scheme makes it easier for women – and men – who have spent a number of years outside the workforce caring for children or a dependent relative to qualify for a contributory State pension.

Under the scheme, up to 20 years can be disregarded when the yearly average number of contributions for a contributory pension is being calculated. This means that if you worked full time and then stopped for up to 20 years to care for a family, those 20 years won’t be counted and so won’t drag down your “average”, and should ensure a higher rate of pension.

Typically, you won’t have to apply for it. If you are already claiming child benefit, carer’s allowance, carer’s benefit or a respite care grant, you will automatically be entitled to it. Normally, child benefit is registered in the child’s mother’s name.

What about my time working abroad?

If, like many people, you spent time working abroad and then came home, you might be nervous of your eligibility. After all, if you started work in Ireland at the age of 18 for example, then left for 15 years, your PRSI record will have started when you were just 18, which means your average is likely to be significantly lower than it otherwise would have been, due to the gap of 15 years.

However, it will depend on where you worked. Social insurance contributions paid across the 27 other European Union countries, as well as EEA states, are taken into account when assessing eligibility. The same is true for the United States, Canada, Australia, Japan, New Zealand, South Korea and the Channel Islands as well as the Isle of Man. See here for a full list.

The key is that you must have a minimum of 52 weeks of Irish insurance to commence the process.

And bear in mind, as my colleague Dominic Coyle recently pointed out, just because you are entitled to an Irish State pension due to foreign contributions it doesn’t mean you will be entitled to one at the full rate.

The move to total contributions

For new entrants to the workforce, however, all of the above will no longer apply. Yes, from 2020 – apparently in conjunction with the Government’s new auto-enrolment scheme, which is due to start at the same time – the State pension will be based on people’s total contributions over their working lives, rather than an average of contributions.

According to Ms Doherty, it will be an opportunity “to totally overhaul” the current regime, and “will make the system straightforward”.

However, her next comment may strike fear into the hearts of many: “You will get from your pension exactly what you put in,” she said.

So does this mean that, if you work part-time, you will be entitled to a much lower payment? Or if you take time out from the workforce, your total contributions will be less, ergo your State pension will be less?

While it’s still too early to say how the new system will work, as the detail simply isn’t there, industry experts are already concerned.

Mairead O’Mahony, defined contributions leader for Ireland with Mercer, questions whether the new regime will actually solve the current issue facing women, and notes that any impact on the pensions of part-time workers will also hit women hard.

“It’s difficult to see what they’re planning to do,” she says, adding she would like to see a “progressive step in right direction” as opposed to “creating further holes that will need to be addressed”.