Does the budget change amount of car tax I have to pay? 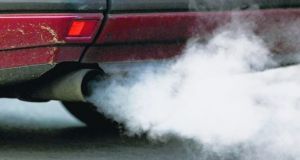 Your car tax will stay the same – at least until next year’s budget. Photograph: Andreas Rentz/Getty Images

I have a VW golf 2010 Irish car diesel. Will my car tax stay the same?

There were several items in Minister for Finance Paschal Donohoe’s speech that will potentially impact on car owners, but the good news for you is that he had nothing to say on car tax.

What will certainly affect you is the increase in carbon tax – from €20 a tonne to €26. This is less than had been expected and the bare minimum the Minister could have done to signal any intent to meet our 2030 climate change targets.

For you, it will mean an increase of about two cent a litre for diesel when you fill your car. That has already kicked in from the day after the budget though the carbon tax increase on other fuels – gas or oil for your home heating, or peat briquettes, for instance – will not take affect until next May.

The other change for vehicles was a move to a new nitrogen oxide (NOx) emissions charge. But this will only affect cars on their initial registration in the State. So, for most people, that is when the car is first sold new. The exception is for second-hand cars that are imported into Ireland and then re-registered as Irish as is required by law.

For you, that will only kick in when you replace your current car, and even then, it won’t matter if you buy a second-hand vehicle that has previously been registered in the Republic.

Your car tax will stay the same – at least until next year’s budget.