Do stock buybacks constitute a ‘licence to loot’? 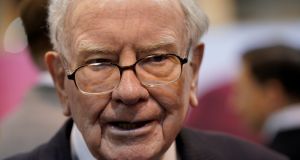 Buybacks have returned $5 trillion to shareholders since 2009, supporting the 10-year bull market, but opinion is split on this increasingly controversial practice. Critics, including some of America’s most prominent politicians, say buybacks are economically destructive and must be reined in; defenders say criticism is misplaced and scoff that opponents are guilty of “buyback derangement syndrome”, as one hedge fund manager put it.

When a company buys back stock, it reduces the number of outstanding shares. This mechanically boosts earnings per share (EPS), which typically results in higher stock prices. Little wonder, then, that public corporations and top executives, whose pay is often linked to share prices, like buybacks.

A licence to loot?

However, economist and long-term buyback critic William Lazonick has claimed for years that companies are buying back stock instead of investing in their businesses and that buybacks represent a “licence to loot” – arguments increasingly embraced by US politicians. Earlier this year, centrist Democrat senator Chuck Schumer and left-wing presidential hopeful Bernie Sanders penned a New York Times op-ed calling for limitations on what they described as a “practice of corporate self-indulgence”.

Sanders’ main presidential rivals, Joe Biden and Elizabeth Warren, have both cited Lazonick’s research, and the latter has made buybacks a central theme of her campaign. Nor is criticism confined to left-of-centre politicians; in February, Republican senator Marco Rubio published proposals aimed at limiting buyback incentives. Critics allege buybacks benefit shareholders and executives but not workers, thereby exacerbating inequality. They also argue that money spent on buybacks could be spent more meaningfully – such as by upping R&D spending, on upgrading company equipment, on retirement and medical benefits for workers, on worker retraining, and so on. Lazonick points to companies such as Cisco, which spent $129 billion on buybacks between 2002 and 2019 – more than it spent on R&D, contrasting it with “retain-and-reinvest” companies such as Chinese tech giant Huawei. There is evidence that focus on share prices can cause companies to embrace damaging short-termism. In one Duke University survey of 401 US executives, more than three-quarters admitted they would sacrifice long-term economic value to hit quarterly earnings targets. A University of Illinois study found companies are much more likely to announce a buyback if not doing so results in them missing analyst estimates.

Buybacks motivated by earnings considerations are “associated with reductions in employment and investment”, the study notes, suggesting managers are “willing to trade off investments and employment” for share buybacks that allow them to meet analyst forecasts.

Research by London Business School’s Prof Alex Edmans shows executives sometimes buy back shares to inflate their pay packets; the more vesting stock a CEO has in a given quarter, the higher the likelihood of a stock buyback. Thus, short-term equity “encourages a CEO to engage in buybacks and reduces the long-term returns”, says Edmans, “but they don’t mind because they cash out shortly after”.

Nevertheless, “myopic buybacks” are rare, says Edmans, who rejects calls for a buyback crackdown. So does AQR founder Cliff Asness, the famously acerbic hedge fund manager who frequently rails against what he dubs “buyback derangement syndrome”.

The same point is made by JPMorgan in a recent report. Buybacks have reached a record level in absolute terms, but the level of buybacks “is running at just below the average pace of the past 15 years” when one takes into consideration market changes over that period, it says. Others ask why dividends don’t attract nearly as much controversy as buybacks.

Buybacks became much more popular after a rule change in the US in 1982 but the reality is American companies have “consistently” returned cash to shareholders for almost 140 years, Goldman Sachs argued earlier this year. Companies used to pay out most of their profits in dividends before the 1980s; nowadays, they simply distribute those same profits differently, via both dividends and buybacks.

With both dividends and buybacks, the argument goes, a company opts to return some money to shareholders because it doesn’t need all of the cash it is generating.

Besides, for all the accusations of financial engineering, companies can be forgiven for preferring buybacks to dividends. Firstly, notes Ned Davis Research, they receive more favourable tax treatment. Secondly, “whereas investors view a dividend cut as a sign the underlying business is in trouble, buyback programs are suspended with few consequences”, providing valuable corporate flexibility.

Nor do buybacks crowd out corporate spending, argues Goldman, which says growth investment has been the largest share of US companies’ spending every year since 1990. That’s echoed by JPMorgan. Corporate R&D spending as a percentage of GDP has been rising over the last decade, it says, while the number of patents awarded (“a measure of R&D output prowess”) has tripled over the past 25 years. Other researchers make the same point. Companies are not financing buybacks by cutting back on R&D spending, with rising stockpiles of cash evidence US companies have more cash than they need for their short- and long-term operations. “If companies truly were unwisely diverting money from profitable investments in order to do buybacks, then they would likely underperform over the long term, but this is not the case,” says JPMorgan, with research showing companies that buy back their shares tend to enjoy both short- and long-term outperformance. Investing icon and Berkshire Hathaway chief Warren Buffett also defends the practice.

“Some people have come close to calling them unAmerican”, Buffett said in 2017, as “corporate misdeeds that divert funds needed for productive endeavours”. That’s not the case, said Buffett. Corporations are “awash in funds looking to be sensibly deployed”, says Buffett, adding he was “not aware of any enticing project that in recent years has died for lack of capital”.

Buffett, who said earlier this year Berkshire could some day repurchase as much as $100 billion of its stock, has always argued buybacks make sense if a company is trading below its “intrinsic value”. However, they should not take place in certain instances, he says, such as if a company needs money for long-term investments and doesn’t want to add more debt, or if it needs money for an acquisition or another investment opportunity.

Buffett’s long-time partner, Charlie Munger, is more blunt, saying it’s “insane” and “immoral” when companies use buybacks to keep the stock price up.

Of course, even defenders of buybacks, such as valuation expert Aswath Damodaran, admit some companies do just that. Still, while markets may be temporarily fooled, Damodaran says investors will eventually “catch on” and punish such firms.

“Bad players are more the exception than the rule,” says Damodaran, and restricting buybacks is “overkill”. Nevertheless, there has been a popular backlash against growing corporate power in the US; investors are likely to hear more, not less, about stock buybacks as America prepares to go to the polls in 2020.