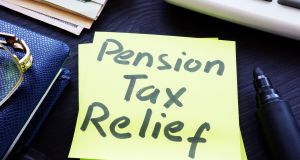 Survey finds that not enough of us are aware of the tax benefits of saving for retirement.

More than half of all pension savers are unaware of the tax benefits of putting money into a retirement fund, while more than two in five have “no idea” how much their fund is worth, and more than one in two don’t know how their pension fund is invested, according to a new study of Irish pension trends by Aviva.

The findings come against a background of fears over private pension adequacy, with a recent ESRI study identifying a pension gender gap of some 35 per cent in favour of men. There is also concern that plans for the introduction of the Government’s mandatory pension scheme, auto-enrolment, which would boost pension coverage significantly, could be delayed further.

Richard Jones, head of life and pensions with Aviva, said the study shows “a worrying disconnect” between the pension people expect in retirement and what they are actually investing now to prepare for their retirement.

“Without a significant cultural shift in how we approach pensions, or an acceleration of plans for auto-enrolment, the signs are pointing to retirement poverty being a prevalent issue for future generations,” he said.

According to the study, which surveyed more than 2,000 people, 55 per cent of respondents are unaware of the tax benefits accruing to pension savings – where relief of up to 40 per cent is available on pension fund contributions.

This is in line with overall trends identified in the report, which reveals a general lack of engagement with retirement planning by a significant proportion of the Irish public.

And this applies even to those close to retirement, with more than half of respondents aged 55 and older having no idea what their pension fund is invested in.

This lack of engagement is also leading to a disconnect in terms of how much people contribute and how much they expect to get in retirement, with three in 10 respondents making personal pension contributions of less than 5 per cent, yet expecting their future pension to be 42 per cent of salary.

The lack of engagement is of potentially most concern to one cohort – the 35-54 year-olds. Forty-three per cent of this age group say they are “not all prepared” for retirement, while 54 per cent say they aren’t aware of the tax benefits of pension saving. As the report notes, this is the age group that is most likely to be in the middle of paying down their mortgage while incurring the costs associated with raising a family.

Retirement savers are also likely not putting enough into their retirement funds, with seven in 10 people claiming to have annual personal pension contributions of less than 10 per cent of salary.

Pension experts typically recommend savers put away 15-20 per cent of their salary every year (from both employer and employee contributions) to ensure a sufficient income in retirement.

And, as the ESRI found, Aviva’s report also finds a difference in how men and women are prepared for retirement. More men are maximising their pension contributions up to the available level of tax relief for example, at 53 per cent of respondents compared to 44 per cent of women.

Moreover, more women than men don’t know how much their pension fund is worth, with 54 per cent of females unaware of the value of their pension pots compared to just one in three males.

1 Aldi to impose limits as Christmas toys go on sale
2 Irish elearning company LearnUpon closes €47.4 million investment
3 First look: Is the iPhone 12 Pro the best smartphone out there?
4 Fair deal? Family at odds with hospital and each other not so sure
5 Streaming services set for Christmas battle after drama-filled year
6 What to consider if older person or loved one needs care at home
7 Irish house prices could buck European trend and fall this year, S&P says
8 Businesses call for more supports amid ‘devastating’ restrictions
9 KBC Ireland turns down WRC meeting over hub closures
10 Circit selected by AIB to help audit process work better
Real news has value SUBSCRIBE
Save money on international transfers