Are green stocks a mega trend or a bubble in the making?

Environmental, social and governance (ESG) investing is growing, but is it sustainable? 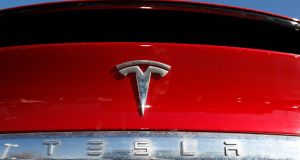 Green stocks are likely to become the next “mega trend in equity markets”, Saxo Bank argued in a recent report. Environmental, social and corporate governance (ESG) investing has become mainstream, but is it a bubble in the making? That description was used earlier this year by JPMorgan strategist Dubravko Lakos-Bujas, who warned that investors were not paying enough attention to company fundamentals in their rush to improve their funds’ ethical credentials. Investors’ increasingly rapid embrace of all things ESG may even be a factor in the demented rally in the shares of electric car maker Tesla, argued MacroTourist financial blogger Kevin Muir recently.

Shares more than tripled in three months and Muir contends that ESG “was a crucial part of this rise”, saying Tesla “has become the go-to alternative energy car company”.

Others might contend that ESG has played little, if any, role in the Tesla bubble, but there’s little doubt that ESG investing is enjoying huge growth. Data from fund firm Morningstar shows net flows into ESG funds quadrupled last year.

Larry Fink of BlackRock, the world’s largest money manager, said earlier this year that his firm aims to double the number of sustainable funds it offers to 150 by the end of 2021 and to increase its ESG assets from $90 billion today to $1 trillion within a decade. One such BlackRock fund recently attracted more than $600 million in its first week of trading, making it the best debut for any US exchange-traded fund (ETF) this year.

That investment came from Ilmarinen, Finland’s oldest pension company, which also poured nearly $850 million into another BlackRock ESG fund shortly after it began trading last year. In January, a survey by the deVere group found eight out of 10 millennial investors around the world are now prioritising ESG considerations when weighing up investment opportunities. Other investors are more focused on the potential of ESG to generate abnormal profits. UBS chairman Axel Weber has said the bank is creating a long-short climate fund product. Direxion, the fund firm known for offering leveraged ETFs, a product once dismissed by the late Vanguard founder John Bogle as the preserve of “fruitcakes, nutcases and lunatic fringe”, has already done so, starting a high-risk ETF that offers investors 150 per cent exposure to top-scoring ESG companies as well as allowing them to bet against low-scoring ESG firms.

Overall, it’s clear that investor demands coupled with new regulatory pressures “mean that consideration of ESG factors is now a must for all asset managers and investment funds”, KPMG noted in a recent report.

Sceptics suggest the rapidly growing demand for ESG assets risks creating a bubble. Clients want money managers to do more with their money than invest it for a return and that will continue, said James Sym of London-based Schroders earlier this year. Similarly, there is “no doubt” that we will use fewer fossil fuels in future, but many companies in the ESG space now boast valuations that “have gone beyond the reality of where the world is right now”. Investors are rushing to invest “more and more money in a very narrow set of assets, which to me look incredibly overvalued, that fills certain ESG criteria”.

It’s important for managers to respect ESG but they should be “very careful” that they don’t put investors’ money into bubbles, he cautioned.

Similarly, strategists at Sanford Bernstein often “hear in passing many clients concerned about ‘ESG bubbles’ forming”. That prompted the firm to investigate the valuations of firms with high and low ESG ratings.

It found there is “more of an ESG effect in Europe currently than in the US”, but it’s not the case that investors are crowding into companies with high ESG ratings. Rather, companies with the lowest ratings are being punished with lower valuations, as are European firms with the fastest deterioration in their ESG metrics.

Fundamental investors might buy a controversial stock when it becomes sufficiently cheap, but ESG funds may exclude such companies for five years or more, she noted. Whatever about low ESG scores, there’s little evidence that high ESG scores are correlated with high valuations, according to a FactorResearch report. It found ESG ETFs are only slightly more expensive than the US market, adding that the amount of assets currently allocated to ESG remains “negligible”. Similarly, Credit Suisse says ESG stocks in Europe don’t appear to be more expensive judging by their forward price-earnings ratios, although the firm cautions that some ESG stocks have started to show “challenging” valuations.

This might suggest that bubble talk is mere hyperbole, but investment analyst Joachim Klement, who describes himself as a fan of ESG investing, says a green bubble may well be forming.

Klement cites research presented at the first conference on the economics of climate change held by the San Francisco Federal Reserve last November, research which focused on the exposure to carbon risk of thousands of listed companies around the world.

Examining 55 indicators related to climate risk, the researchers explored the performance of green and brown (companies more exposed to climate change) stocks. The so-called brown stocks did perfectly well over the last decade, but green stocks have outperformed since 2013. In fact, a strategy that bought brown stocks and shorted green stocks would have endured a very negative performance over the last five years – evidence, says Klement, that the “shift towards green stocks is in full swing”.

Such market shifts tend to go through a process whereby the early days of a trend are characterised by strong returns and outperformance; this continues as the trend becomes widely adopted; eventually, bubbly levels ensue, loved stocks become overvalued and unloved stocks become undervalued, setting the scene for a comeback and for the latter to eventually generate higher returns.

Sustainable ESG stocks may reach unsustainable levels, cautioned high-profile finance professor Jeremy Siegel recently. Researchers can cite ESG stocks’ high returns, “but remember: if everyone’s moving to them, that causes outperformance, but if it leads to too-high valuation, it leads to long-term underperformance.” Of course, while value investors may be cautious about that prospect, momentum investors might argue that the ESG trend has room to run a lot further and that the party is only just getting started. There’s no green bubble just yet, but with climate risks increasingly uppermost in the minds of regulators and fund managers, one may well be forming.