A friendship of opposites that changed our view of human thinking 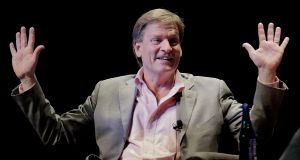 Investors have long lapped up the work of Michael Lewis, the author of financial bestsellers such as Liar’s Poker, Flash Boys and The Big Short. Lewis’s latest book, The Undoing Project, may be even more relevant for investors than his earlier work, even though it focuses not on Wall Street but on the relationship between two Israeli psychologists.

That’s because the pair at the heart of the book – Daniel Kahneman and Amos Tversky – conducted the groundbreaking research that laid bare the inherent frailty of human judgment and decision-making, revelations that paved the way for the development of behavioural finance.

The Undoing Project is not a primer in behavioural finance – more detail on the investment implications arising from behavioural biases can be found in books such as James Montier’s Behavioural Investing, Richard Thaler’s Misbehaving or Kahneman’s own bestseller, the classic Thinking, Fast and Slow. In contrast, Lewis is more interested in the two men’s extraordinary relationship, as well as in the implications of their work for human decision-making in general.

As a result, there is no mention of Richard Thaler, the economist who helped bridge the divide between economics and psychology, until the closing stages of the book.

Still, anyone reading the book will see why Kahneman won the Nobel Prize for economics in 2002, an award he would surely have shared with Tversky were it not for the latter’s untimely death in 1996.

Economists had traditionally assumed people to be rational creatures, intuitive statisticians who approached financial matters in a self-interested, logical manner. Kahneman and Tversky showed that was bunkum, that people’s cognitive failings and biases resulted in judgments and decision-making that were all too fallible.

Their studies were not, as some critics alleged, mere illustrations of the psychology of stupidity. It can be tempting to view routine cognitive errors as the preserve of the less intellectually gifted, but Lewis highlights how even the best minds are not wired to think in terms of probability; many of Kahneman’s best ideas were inspired by realisations regarding his own faulty thinking, and the pair found that even top statisticians were prone to similarly dodgy judgments.

We are undone by heuristics, to use the term coined by Kahneman and Tversky, mental shortcuts that result in predictable, systematic errors.

There is, for example, the problem of anchoring. Kahneman and Tversky conducted experiments where participants were asked to spin a wheel of fortune and write down the number on which the wheel had stopped. Afterwards, they were asked to estimate the percentage of African nations in the United Nations. Those who landed on a low number gave much lower estimates than those who landed on a high number, with both groups unconsciously anchoring to the wheel-of-fortune number.

Another obvious bias is framing. Ask people to approve a disease treatment that will save 200 out of 600 people and they are likely to approve it; the opposite is the case if you say 400 of the 600 will die.

Kahneman and Tversky identified how we are led astray by the “representativeness heuristic”, the tendency to make judgments by comparing something to our own mental models. In one famous experiment, they described a 31-year-old, Linda, who was single and outspoken. A philosophy graduate, Linda participated in anti-nuclear demonstrations as a student and was deeply concerned with issues of discrimination and social justice. Which is more probable: that Linda is a bank teller and is active in the feminist movement, or that Linda is a bank teller? Most people erroneously believe the former is true, even though the latter statement, which is entirely contained in the former, must mathematically, as a single assertion (rather than in conjunction with another), be the more probable of the two . (Lewis relates how Kahneman told his university students how they had violated a basic rule of logic, prompting one student to protest: “So what! You just asked for my opinion!”)

Similarly, the “availability heuristic” posits that people make judgments about the likelihood of an event based on how easily an example comes to mind. Kahneman and Tversky asked people if it was more likely for a word to start with the letter K or for K to be its third letter. Most of us wrongly assume that there are more words that begin with K, because it is easier to think of words that start with K. Similarly, if a friend of yours was recently in a car crash, you will probably overestimate the odds that the average person will be involved in a car crash.

These biases affect investors in countless ways. Surveys showed that people tended to think stock markets fell or were flat in 2009 and 2010; in actuality, markets soared, but the scars from 2008 blinded investors to this reality.

Surveys show that investors routinely overestimate the likelihood of a future market crash, and that this is especially the case immediately after heavy market falls.

Investors who have experienced low-probability events – for example, earthquakes – are more likely to believe that a future market crash is likely. Investors anchor to the price at which they bought their stock and to previous price highs and lows. Rather than assessing questions in terms of probability, investors are seduced by the allure of stories and mistake randomness for patterns. Once they buy a stock, their perception of its value changes and they become reluctant to part with it. (We overvalue things we own, the so-called endowment effect. )

Kahneman and Tversky emphasised that decisions are all too often dictated by a desire to minimise regret, as epitomised by Nobel-winning economist Harry Markowitz. When stocks crashed on Black Monday in October 1987, Markowitz knew what adjustments he needed to make to his retirement account, but neglected to follow through on his own theories.

“I visualised my grief if the stock market went way up and I wasn’t in it, or if it went way down and I was completely in it,” he said. “So I split my contributions 50/50 between stocks and bonds.”

Kahneman and Tversky found that people are more than twice as sensitive to losses as they are to gains. It’s little wonder, then, that investors cut their winners and hold on to their losers, and that they keep adding to losing positions in an effort to get back to break-even.

Kahneman and Tversky’s ideas changed the world in countless ways, revolutionising “everything from big data to medicine, from sport to high finance, from how we are governed to how we spend”, to borrow from the blurb to The Undoing Project.

“Every place where big data and algorithms are challenging experts,” said Lewis in a recent interview, “you will find Kahneman and Tversky in the room.” Their “fingerprints” are “all over” the increased institutional suspicion of stock picking, which has accelerated the massive movement towards global index funds.

Active management, too, is changing dramatically, with investors increasingly opting for smart beta funds that take a strictly quantitative approach. Countries are increasingly embracing the idea of auto-enrolment into workplace pensions, a simple but powerful idea pioneered by Richard Thaler.

Much of this is well-known material, of course. What makes The Undoing Project different – and compelling – is its exploration of the relationship between Kahneman and Tversky. The two were polar opposites in many ways. Kahneman was pessimistic and self-doubting (“like Woody Allen, without the humour”, one colleague recounted); Tversky was extrovert, optimistic and confrontational.

And yet they clicked. Work consisted of entire days spent together in conversation and laughter. They would finish each other’s sentences and write their papers together, sharing the typewriter.

“We were sharing a mind”, Kahneman told Lewis. Thinking about it “still gives me goosebumps”.

The relationship was “more intense than a marriage”, said Tversky’s wife, Barbara, and was eventually ruptured by human pain and envy.

“I needed to get away,” Kahneman told Lewis. “He possessed my mind.”

Eventually, Kahneman “sort of divorced him”. Three days later, Tversky called Kahneman to tell him he had cancer; within six months, he would be dead, aged 59.

It’s a deeply moving story about two brilliant thinkers and their extraordinary collaboration. This was, as Lewis notes, a friendship that changed the world; and for that, we should all be grateful.

1 ‘No demand... because there are no people’ at well-known Dublin pub
2 HSE says fix for Covid Tracker app has been rolled out to all Android users
3 Nearly 30,000 could lose pandemic payment if they do not confirm eligibility
4 Buying a second home now that we work from home
5 Shelbourne Hotel operator Marriott posts bigger-than-expected loss
6 Survey finds ‘huge appetite’ for remote working
7 Face masks developed in Ireland could help meat-plant workers
8 UK criticised for ‘unforced errors’ on post-Brexit trade deals
9 Science of selling crucial to post-Covid recovery
10 Spare me the city-dweller’s longing for a rural idyll
Real news has value SUBSCRIBE
Save money on international transfers