Pension funds finish 2016 on a high after strong final quarter

Average return of 5.8% despite Brexit shock and poor start to the year 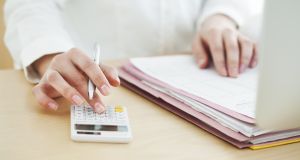 Consistent returns over the long term are most important to pension investors. Photograph: iStock

A strong performance in the final quarter helped Irish pension funds deliver an average gain of close to 6 per cent last year.

Figures from Rubicon Investment Consulting show pension managed funds recovered from a miserable start to the year and the shock of the Brexit referendum result in the UK to deliver a return of 5.8 per cent on average.

However, the rally was not enough to lift all boats, and Merrion Investment Managers ended the year with a loss of 0.7 per cent for 2016 as a whole.

At the other extreme Setanta Asset Management was the only manager to deliver double-digit gains, with a return of 12.6 per cent for the year despite its performance lagging some of its peers in the final months of the year.

The year started on a sour note with funds losing an average of 4.3 per cent of their value in January, after finishing 2015 on the slide, and recording further losses in February. All the pension managed fund managers ended the first quarter in the red, with an average decline in the value of their funds of 3.8 per cent.

By the end of June, only Setanta could report a gain for the first half of the year, of 3.9 per cent, with Merrion’s 2016 performance still 6.8 per cent under water at that stage.

Zurich Life finished the year the strongest with a gain of 6.7 per cent in the final quarter, just ahead of New Ireland on 6.6 per cent. Standard Life Investments ended with a industry lagging fourth-quarter return of 2.8 per cent for a full year gain of just 1.1 per cent.

Setanta’s recent performance means it is the strongest player in the Irish market over the three-, five- and 10-year terms. Despite the financial crash, the fund manager has delivered an average annual return of 6.1 per cent since 2006, compared to an industry average of 4.3 per cent.

However, over a 20-year timeframe – the longest provided by Rubicon – Merrion Investment Managers remains the leading performer. It has delivered an annual investment gain of 8.4 per cent on average over the two decades, comfortably ahead of the 7.1 per cent industry average and the 6.4 per cent return delivered by Friends First/BMO, which was just a fraction ahead of Davy Asset Management’s 6.3 per cent annual return.

Consistent long-term returns are the most important issue for people investing in pensions given that money is often being put aside for 30-40 years.

1 Chris Johns: Boohoo exposed on pay and conditions in digital economy
2 In this strangest of recessions, what happens next for Ireland?
3 Michael O’Leary is the boss you want to lead an airline out of crisis
4 Hotel bookings collapse in wake of additional Covid restrictions
5 Estée Lauder staff at Dublin airport plan further strike action
6 Should I switch bank now with Ulster Bank at risk of closing?
7 Fortnite owner signs multimillion deal to buy Irish ‘kidtech’ firm
8 Help! Will I get a State pension?
9 Best Covid-19 ‘influencers’ will avoid hectoring
10 Bank of Ireland sees about 2,000 staff apply for voluntary redundancy
Real news has value SUBSCRIBE
Save money on international transfers