Brexit not only factor at play in sluggish UK retail sales 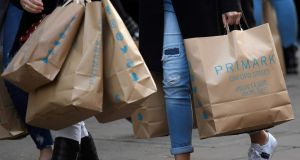 The diverging fortunes of the physical and digital high street is likely to dominate the sector for the next decade. Photograph: Getty Images

The slowdown in UK retail sales just got more pronounced, but there are more factors at play than just Brexit. According to the Office for National Statistics (ONS), retail sales fell 1.5 per cent last month, delivering the worst December sales performance since 2010 and the biggest month-on-month decline since June 2016, when the UK voted itself out of the EU.

While Brexit-fuelled inflation, which has eroded spending power and hiked up prices for British consumers, provides an obvious explanation, it overlooks other trends.

This shift also underscores the creeping cannibalisation of the British high street by online retailers, a process that is also likely to become more pronounced here.

And it’s not just the likes of Amazon that is driving a coach and horses through the traditional model, online fashion website Asos, for example, recently overtook Marks & Spencer in market value terms despite not having a single bricks-and-mortar store.

The diverging fortunes of the physical and digital high street is likely to dominate the sector for the next decade, resulting in a major downsizing of the physical retail environment with the loss of thousands of retail jobs.

Irish retail sales, which have been on the rebound in the past couple of years, are likely to start following these international trends more closely as the economy here shakes off the last vestiges of austerity. December’s retail numbers, due out next month, are expected to show a more pronounced lull from Black Friday shopping.

The point is that while Brexit has put the squeeze on real incomes and spending in the UK, it’s not the only pressure point on retailers.

While economists are expecting UK inflation, currently running at 3 per cent, to cool and wage growth to pick up, the political uncertainty that is Brexit makes forecasting next to impossible.

Covid-19: It’s rip-off business as usual for the insurance industry