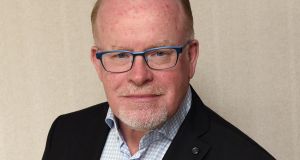 The iRadio stations, now chaired by Willie O’Reilly, are preparing for licence renewal.

Willie O’Reilly, the former RTÉ group commercial director and former Today FM chief executive, has been appointed chairman of the company behind the iRadio regional stations.

Mr O’Reilly replaces Paul Cummins as chairman of Wilton Radio Limited, having originally joined the board last year. Mr Cummins is standing down from the role due to other business commitments.

The company has, since 2007, held licences for youth-targeting services in the northwest and northeast regions, covering 15 counties. It is currently preparing submissions for the renewal of its licences.

Despite the challenges posed by recession and structural changes in the advertising market, the stations are profitable, Mr O’Reilly said, reaching almost 400,000 listeners a week.

“We have ambitious plans to develop our relationship with listeners and our aim is to grow the listenership.”

The company’s shareholders include Dubai-based media company Big News Network and John Mannion’s Highcross Communications, with individual backers, including former U2 accountant Gaby Smyth and former Arnotts chairman Richard Nesbitt. It was co-founded by Dan Healy, who now heads up 2fm for RTÉ.