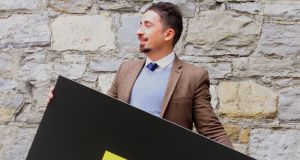 Maximum Media, the company behind the digital brands JOE, Her, HerFamily and SportsJOE, made a profit of €776,000 in the year 2017, accounts filed to the Companies Office show.

The abridged accounts for Maximum Media Network indicate that profits rose slightly compared to the previous year, taking the sum in its profit and loss account to €1.55 million.

Following the end of the accounting period, Maximum entered into a loan agreement with BMS Finance (Ireland) with an option to draw down €2.5 million.

The multimedia company was founded in 2010 by Niall McGarry and its directors are Mr McGarry and former Irish rugby international Jerry Flannery, who has a minority stake. Irish advertising sector veteran Justin Cullen will become the company’s chairman from January.

Maximum also has a UK subsidiary, Joe Media Limited. Its JOE and SportsJOE brands are active in the British market, to which it expanded in 2015.