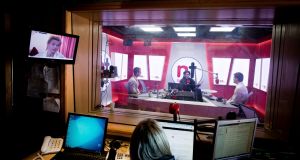 Irish businessman Denis O’Brien increased lending to his radio business last year after it disposed of its European operations and divested subsidiaries to other interests.

Mr O’Brien gave Communicorp a loan of €9.6 million in 2017, recently filed accounts show, up from €7.9 million the previous year. The company repaid €5.3 million during the year. Mr O’Brien has, so far, advanced loans of €93.4 million to the group.

Like-for-like revenues increased more than 3 per cent to €47.3 million. Back in 2016, the group entity recorded turnover of €83.7 million. The restated accounts include the fact that the company disposed of its interest in Communicorp UK and Appliances Delivered to other companies “under common directorship”.

The accounts for the group also capture ownership of the company’s Bulgarian operation. However, it sold those assets to a local management team in June of this year.

Pre-tax loss at the company improved from €5 million in 2016 to €3.3 million last year as direct and operating expenses fell 1 per cent.

“The reduction in operating costs is as a result of a restructure within the Irish business which took place in 2018, as part of which all the group’s national and Dublin-based radio stations consolidated into one location in Marconi House in Dublin,” the directors said in a note accompanying the accounts.

The restructure appears to have resulted in staff numbers falling from 411 to 368, while wage and salary costs dropped 12.7 per cent to €13.5 million.

Exceptional charges of €2.3 million stemmed from the restructure in addition to “non-recurring corporate transactions”.

Although Communicorp operated in a “challenging market where the overall radio revenue” in the Republic declines, the directors said the group had “sufficient financial resources available to be able to continue to invest further in future growth”.