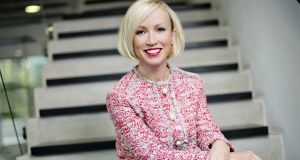 Ann-Marie MacKay, director of products and marketing for Sky and Now TV: “We know from the research we have done that a contract can be a barrier for people.” Photograph: Chris Bellew/Fennell

Sky has launched Now TV, its “no strings” television, film and live sport streaming service, on the Irish market, in a move expected to further popularise on-demand viewing in Ireland.

Now TV makes Sky-owned content, including English Premier League and GAA matches and dramas such as Game of Thrones, available to people who do not want to subscribe to Sky’s satellite television service.

Sky is also selling a €15 “entertainment month pass”, which offers more than 250 television box sets on-demand and access to 10 channels, including “premium” channel Sky Atlantic, which shows dramas such as Billions, Guerilla and the forthcoming Twin Peaks revival.

The television and film passes put Sky in closer competition with internet-only streaming services such as Netflix.

Ann-Marie MacKay, director of products and marketing for Sky and Now TV in Ireland, said the no-contract flexibility of the service was its biggest benefit.

“That is what will drive people who may not have considered traditional pay TV in the past to look at it. We know from the research we have done that a contract can be a barrier for people.”

The European pay TV company first launched Now TV in the UK in 2012. Based on current exchange rates, the passes have lower prices in that market, with the entertainment month pass costing £6.99.

Ms MacKay said the Irish pricing was based on “what would make sense here”.

Viewers can sign up through NowTV.com.ie from Thursday. The entertainment and movies options can be sampled for free in a 14-day trial, while month passes will renew unless cancelled.

The service is accessible online via multiple devices, including iOS and Android phones and tablets. It can also be viewed by purchasing a Now TV box, manufactured by Roku. This costs €40, with an Entertainment or Cinema pass for two months included.

Sky’s retail partners will sell the box from the end of May, while the launch will be supported by a major advertising campaign ahead of a summer of sport, including the upcoming British and Irish Lions Tour in June and the return of Game of Thrones in July.

Sky, which refers to Now TV as the “pay-lite market”, hopes that Irish people who have never subscribed to pay TV, or no longer do so, will be tempted by temporary passes.

The biggest targets for the company, however, are younger people who may not own a television set, opting instead to consume content via computers and mobile devices.

The expansion of the on-demand market in Ireland comes as Minister for Communications Denis Naughten is considering making people who own a laptop above a certain screen size eligible to pay the €160 television licence fee, which is used to fund Irish broadcasting and mostly goes to RTÉ.

Sky’s 39 per cent shareholder is Rupert Murdoch’s 21st Century Fox, which has bid for the full ownership of the group. As well as Ireland and the UK, it operates in Germany, Austria and Italy.

The company plans to offer advertisers in Ireland the ability to target particular groups of subscribers based on their location and their demographic information, meaning different viewers see different ads. It already offers this service, known as AdSmart, in the UK.

From 2018, Sky will also offer its latest pay TV platform, Sky Q, to UK households without the need for a satellite dish. Sky chief executive Jeremy Darroch has said the company is “increasingly agnostic” about how it delivers television to customers.