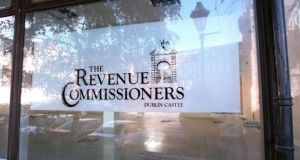 Revenue has been in touch with Irish banks embroiled in the Paradise Papers controversy asking that they voluntarily disclose information about customers who have offshore accounts, The Sunday Times reports.

The same paper follows up on a recent Irish Times article highlighting the windfall due to Ireland’s stockbrokers following the €137 million sale of the Irish Stock Exchange to Euronext.

It also says German investor fund Triuva is on the lookout for more Irish properties following its recent deal to buy an office building known as The Landings in Dublin’s Docklands.

Elsewhere, the publication reports that Bank of Ireland offers the worst compensation deals for customers affected by the tracker mortgage scandal.

The Sunday Business Post meanwhile says rival bank AIB is to push ahead with its plan to sell loans secured on family homes in 2018.

The paper carries a report that the Irish Government has urged British politicians to educate themselves about Ireland before crunch Brexit talks get under way.

In another news article it says a Dublin link has emerged in a case involving sexual harassment claims against the Uber investor Shervin Pishevar.

Separately, it reports that Urban Life, the housebuilder owned by Laurence Goodman, the son of beef baron Larry, is eying expansion in Dublin.

It also covers the news that shareholders in Swiss-Irish food group Arytza may oppose a vote to ratify board acts at this week’s annual general meeting.

The newspaper says that fears of an “invasion” of British lawyers to Ireland following Brexit have subsided with the number of solicitors registering with the Law Society declining versus last year.

It also reports on efforts by Irish global executive search firm Accreate to target up to 150 members of the diaspora who are coming home for Christmas to return for good.