Another data breach at Bank of Ireland

Seen and Heard: What the Sunday papers reported 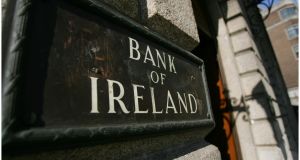 Bank of Ireland made a notification to the Data Protection Commissioner last week after another accidental release of sensitive staff information, according to the Sunday Business Post. The paper reports that an Excel spreadsheet containing job evaluations for dozens of employees in the bank’s branch network was published in error and searchable by people outside the organisation. It follows a report in The Irish Times last week that around 100 staff were affected earlier this year when their pay and benefits were mistakenly circulated internally.

Developer Sean Mulryan’s Ballymore Properties is to partner with CIE on the development of a new high-rise office scheme at Grand Canal Quay in Dublin, reports the Sunday Independent. Ballymore won the tender for the site, known as Boston Sidings, which is expected to accommodate up to 120,000sq ft of office space.

Board changes at Green Reit

Shareholders in Green Reit are being advised by Pirc, a British proxy adviser, to oppose the re-election of Stephen Vernon and Pat Gunne to the board at its annual general meeting next week. The Sunday Times reports that the two are non-executive directors of the Plc and also run the company’s investment manager, Green Property Reit Ventures. Under its guidelines Pirc says the two directors cannot be considered independent.

Aer Lingus is to move its complaints department to the US in what staff fear is part of a major outsourcing move, according to the Sunday Independent. At a staff meeting, the firm told up to 30 staff impacted by the plans that it is to establish a new Global Guest Relations Centre in the US after Christmas, leaving them to compete for three remaining Irish jobs, the paper reports.

Water refund cheques have started to be issued to 180,000 households, according to the Sunday Independent. Overall, one million households are due to receive up to €325 under the political deal that removed charges. In total €150 million is due to be returned to households by the end of the year.

Victoria Beckham’s fashion empire has been valued at £100 million (€118 million) following a cash injection from the investor behind the French bakery chain, Paul. Neo Investment Partners has put £30 million into Victoria Beckham Ltd in exchange for a minority stake. The Sunday Telegraph reports that it understands the money will be used to fund an international ecommerce expansion for the fashion label, which makes clothes, shoes, glasses and accessories.

1 ‘The only time apartments were viable was in . . . Ballsbridge, Killiney and Dalkey’
2 Corona beer firm reeling after 8% slide due to coronavirus
3 Covid-19: Aer Lingus parent cuts capacity, unable to provide guidance
4 Life as a Facebook moderator: ‘People are awful. This is what my job has taught me’
5 We have little chance of building enough homes to meet election promises
6 Why Irish banks are now looking beyond vulture funds on problem loans
7 Coronavirus: Wall Street joins global sell-off in worst week since 2008 crisis
8 Suspicions rife as key Brexit trade talks begin in Brussels
9 Has CRH done enough to silence pesky Swedish activists?
10 Pharma giant AbbVie warned Government against ‘unfair’ €572m tax bill
Real news has value SUBSCRIBE