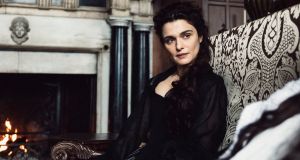 Rachel Weisz in The Favourite: Element Pictures commissioned the script for the Oscar-nominated film using a slate funding scheme that was later axed. Photograph: Fox Searchlight

Screen Ireland has awarded €3.2 million to Irish film production companies in its first “slate funding” since the financial crisis of 2008. This type of funding is regarded as the industry’s equivalent of research and development as it gives producers the support to develop a range of film, television and animation projects.

The money will be shared by 26 production companies working on the early stages of 100 feature films and 65 television series, Screen Ireland said.

Dublin-based Element Pictures and Kilkenny’s Cartoon Saloon will receive the highest sums under the new Strategic Slate Development Fund, with both companies awarded €200,000. Blinder Films, which will be given €175,000, was the next highest recipient.

The fund was originally intended to be €1 million in size when it was first flagged in January. But the State agency has more than tripled it in response to the Covid-19 crisis as the closure of film and TV sets means it will allocate lower production funding than it originally expected this year.

Slate funding was used by Dublin-based Element Pictures more than a decade ago to commission the script for The Favourite, which went on to receive 10 Oscar nominations in 2019, and by Cartoon Saloon to work on the early stages of its 2014 fantasy animation, Song of the Sea.

But Screen Ireland, then known as the Irish Film Board, had to abandon the scheme after post-2008 austerity brought deep cutbacks to its capital budget. This has now edged back up to €17.2 million in total for 2020, allowing it to respond to industry calls for slate funding to return.

The aim is to help production companies develop a strong slate of projects so that the industry is as well-placed as possible to scale-up production activity when the crisis brought on by the Covid-19 pandemic is over.

The awards will be made available to the 26 companies “as quickly as possible” over a one-year period.

1 Belgium helps Ireland to a Brexit boon
2 Can Grafton Street stop the flood of closures?
3 ‘My rent here is so low it’s a joke’
4 ‘Sad day’ for House of Ireland as tourism retailer goes out of business
5 FC Barcelona to pursue Nike for compensation over defective shirts
6 New Powerscourt Springs hotel to open in defiance of virus gloom
7 AIB to compensate another 1,100 tracker mortgage holders
8 Will family’s tax debt stop me getting my inheritance?
9 Goodbody’s planned €155m sale to Bank of China falls through
10 This charming man: how Paschal Donohoe won the Eurogroup presidency
Real news has value SUBSCRIBE