‘RTÉ Gold needs to be saved!’ – listeners ready for action as station axed 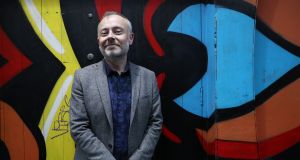 Listeners to RTÉ Gold told RTÉ director general Dee Forbes that she must be “absolutely mad” to axe the digital radio service and called on her to review the decision.

Records released by the broadcaster’s Freedom of Information (FOI) unit show that 30 upset listeners of RTÉ Gold wrote to Ms Forbes and the station to express their unhappiness over the decision to cease the activities of RTÉ Gold last November.

The station’s presenters include Rick O’Shea and Will Leahy.

The FOI records show that one Co Cork listener felt “absolutely shocked and aghast” at the move to shut down the service without any consultation.The listener said the station gives listeners a break from the depressive Brexit agenda and other problems affecting the country.

The listener also suggested that “some creative thinking and budgeting could rescue the Gold platform”.

Another listener told Ms Forbes that they were “devastated to learn that you are planning to close RTÉ Gold”.

“There must be something that we can do – crowdfunding, petitioning – you name it, we will be in. RTÉ Gold needs to be saved!” The listener said that the digital station “is like comfort food for the soul, it makes everything better”.

Another “devastated” listener told Ms Forbes “you have a jewel here and to close it for minuscule cost savings seems against everything that Public Service Broadcasting stands for”.

Another listener emailed RTÉ to say RTÉ Gold was the only reason they paid the licence fee.

A Co Westmeath listener described the decision to close RTÉ Gold and Lyric FM’s Limerick studio as an “absolute disgrace”.

“Management should remember the people who listen to these services – people of my age who always pay their TV licence without question or complaint,” the listener said, going on to describe various aspects of other RTÉ output as “bullsh*t programming”.

However, the pleas by the disappointed listeners appear to have come to nothing; a spokesman for RTÉ said on Wednesday that the group still planned to close RTÉ’s digital radio services this year.