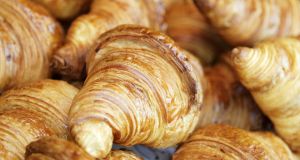 All respect to Peter Vandermeersch, publisher at Independent News & Media (INM) and overseer of its new digital strategy: he didn’t resort to tired “price of a coffee” comparisons when explaining the rationale for paywalling stories on its website.

In a recent interview with the Currency, Vandermeersch had only the really good stuff in mind. “Think about it. We’re bakers and we make croissants, and if you come to one door, our print door, you pay for the croissants,” he said. “But if you come to the back door, the digital door, we give them away for free.”

This enticing yet unsustainable bakery deal is over, however. “From now on, also at the back door, we’ll ask the 2½ euro a week for the croissants there.”

From Tuesday, unrestricted access to the Irish Independent and Sunday Independent sites will cost €10 a month. To get its e-paper too, it costs €14 a month.

Vandermeersch tweeted that the company, now owned by Belgian newspaper group Mediahuis, was doing this “because we believe in journalism and real stories are worth paying for”, a statement that should by now be entirely uncontroversial. The news costs money to produce.

The old INM regime, back when Denis O’Brien was the company’s largest shareholder, was paywall-averse, yet wasn’t exactly harvesting a great digital advertising bonanza from its open-access policy. Indeed, in the period right before Mediahuis swooped on the company, INM’s digital revenues were actually going backwards. Vandermeersch pithily summed up Mediahuis’s first impression of the digital side of the business to the Currency: “There was none.”

On this basis, INM has little to lose from belatedly discovering the logic of a paywall. The outstanding question, of course, is how many visitors to the Talbot Street bakery like the smell of its fresh croissants enough to part with money for them, and how many will simply seek out free pain au chocolat elsewhere.